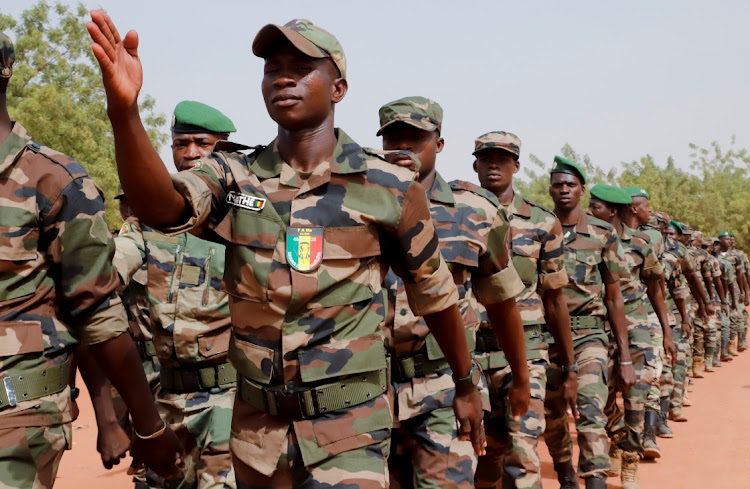 Burkina Faso is battling a jihadist insurgency that has spread from neighbouring Mali over the past decade, where violent attacks are weekly occurrences.
Image: REUTERS/Paul Lorgerie/ File photo

Militants freed around 60 prisoners during an attack on a jail in northwest Burkina Faso overnight, ransacking offices and setting vehicles ablaze before making their escape, two security sources and a judicial source said.

Armed men entered the town of Nouna around midnight aboard 4x4s and motorbikes, brandishing Kalashnikovs and heavy machine guns, the security sources said.

The militants freed around 60 men from the city jail, its entire prisoner population.

Burkina Faso is battling a jihadist insurgency that has spread from neighbouring Mali over the past decade, where violent attacks are weekly occurrences. Thousands have been killed across the region, and millions forced to flee their homes.

No one was killed during the weekend's prison raid, but a volunteer militia fighter was shot, according to security sources. Several of the prison's trucks and motorbikes were set on fire, and its offices were trashed.

No group has yet claimed responsibility for the attack.

The raid came just hours after unknown militants killed at least 11 people between the northern towns of Dori and Gorgadji, according to two local officials. Among the dead were nine militiamen and two civilians.

Burkina Faso's army on Friday said that another 11 soldiers, militiamen and police officers were killed in other attacks over the past week, but that more than 20 militants were killed in retaliation.

Frustration over the government's inability to protect citizens has spurred protests in Burkina Faso that culminated in a military coup in January, West Africa's fourth in 18 months after two in Mali and one in Guinea.