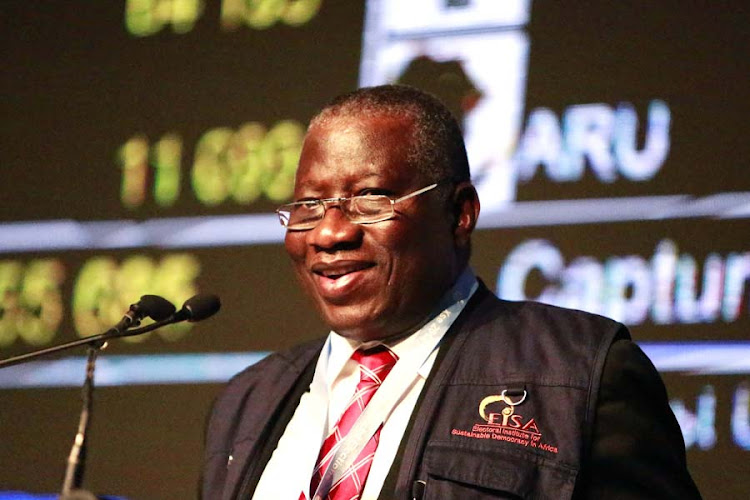 "While we appreciate the overwhelming request by a cross-section of Nigerians, for Dr. Jonathan to make himself available for the 2023 presidential election, we wish to state that he has not in any way, committed himself to this request," Eze said.
Image: Sebabatso Mosamo/Sunday Times/ File photo

Former Nigerian president Goodluck Jonathan will not seek the ruling party ticket to contest presidential elections next year, his spokesperson said, ending months of speculation that he was planning to return to national politics.

A group of supporters from northern Nigeria bought nomination forms for Jonathan to take part in ruling All Progressives Congress party (APC) primary elections scheduled for the end of the month.

Jonathan's spokesperson Ikechukwu Eze said in a statement late on Monday that the former president who held power under the People's Democratic Party, now in opposition, between 2010-2015 did not authorise the purchase of the nomination forms, a requirement for candidates to take part in primary elections.

“While we appreciate the overwhelming request by a cross-section of Nigerians, for Dr. Jonathan to make himself available for the 2023 presidential election, we wish to state that he has not in any way, committed himself to this request,” Eze said.

“We wish to categorically state that Dr. Jonathan was not aware of this bid and did not authorise it.”

It is common for Nigerian politicians to switch sides during elections, but it would have been a surprising about-turn if the APC had decided to embrace a candidate it once derided as incompetent when he was president.

With President Muhammadu Buhari due to step down next year after serving two full terms, the race to succeed him is wide open with more than 20 ruling party candidates registering to contest the primary vote.

Registration will end on Tuesday and a party committee will screen the candidates, who include vice-president Yemi Osinbajo, former Lagos state governor and party heavyweight Bola Tinubu, minister of petroleum Timipre Sylva and several government ministers and state governors.

But the field is expected to narrow once political horse-trading starts, which will lead to some candidates dropping out.