Biden approves redeployment of under 500 ground troops to Somalia 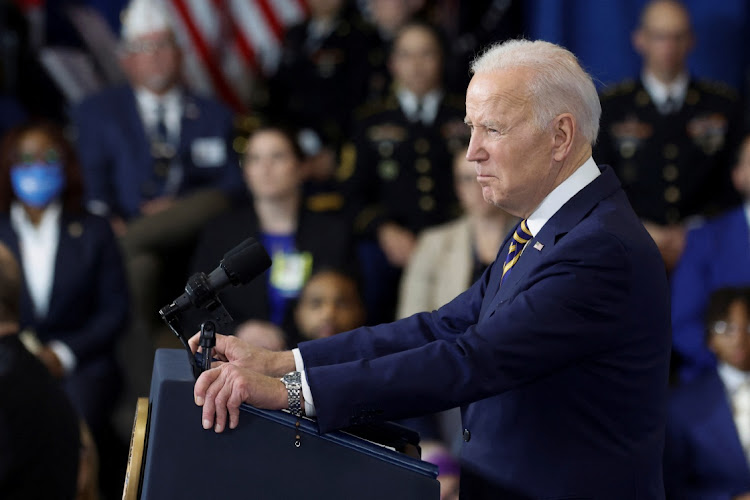 US president Joe Biden has authorised the redeployment of fewer than 500 American troops into Somalia, US officials said, after Donald Trump ordered their withdrawal during his presidency.

Prior to Trump's withdrawal, the United States had about 700 troops in Somalia focused on helping local forces defeat the Al-Qaeda-linked Al-Shabaab insurgency.

“This is a repositioning of forces already in theatre who have travelled in and out of Somalia on an episodic basis,” White House press secretary Karine Jean-Pierre told reporters. The exact number of troops was not mentioned at the briefing.

A senior administration official, speaking on the condition of anonymity, said Biden had approved the request from US defence Secretary Lloyd Austin to “enable a more effective fight against Al-Shabaab.”

Somalia's new president to be elected by parliament behind barricades

Hundreds of Somali parliamentarians will meet on Sunday in a heavily-fortified airport hangar to choose a new president in a vote needed to ensure ...
News
1 month ago

The Pentagon said the troops would not be directly fighting in combat operations, but working to train, advise and equip Somali forces.

The revamped troop presence will include fewer than 500 US troops, another US official said.

Al-Shabaab is seeking to topple the government and establish its own rule in Somalia based on its strict interpretation of Islamic Sharia law.

The insurgent group frequently carries out bombings in Mogadishu and elsewhere as part of its war against the Horn of Africa country's central government.

“It's good news to have US troops on the ground and counterterrorism efforts can be reinitiated,” said Colonel Ahmed Sheikh, the former commander of Somalia's elite Danab Special Forces unit, trained by US troops. “This will be a huge boost for the new president — he has a big task ahead,” he added.

Somalia has endured conflict and clan battles with no strong central government since the fall of dictator Mohamed Siad Barre in 1991. The government has little control beyond the capital and the AU contingent guards in an Iraq-style “Green Zone.”

While the United States did not have troops in Somalia since Trump ordered their withdrawal in December 2020, the military has occasionally carried out strikes in the country and has had troops in nearby countries.

Burundi says 10 of its peacekeepers killed in Somalia attack

Burundi's military said on Wednesday that 10 of its AU (AU) peacekeepers were killed in an attack on their base in Somalia, while a security source ...
News
2 months ago

Al-Qaeda-linked militants overran an AU peacekeepers' camp in the centre of Somalia, a security source and the group said on Tuesday in what appears ...
News
2 months ago

Somalia’s al-Shabaab group attacked an AU mission troop camp in the Shabelle region in the centre of the country, a local elder and the group said on ...
News
2 months ago