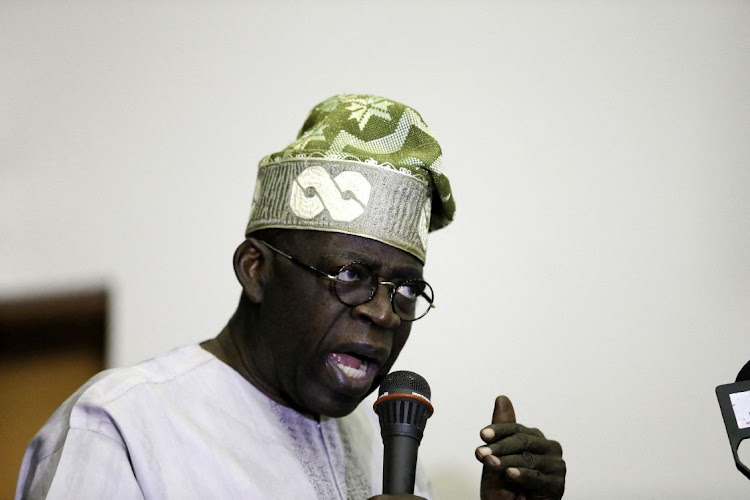 President Muhammadu Buhari will step down next year after leading Africa's most populous country and top oil exporter for the maximum eight years allowed by the constitution.

Unlike many outgoing African heads of state, Buhari had not named a successor, leaving the field wide open.

In his acceptance speech, Tinubu said if elected he would focus on reducing insecurity, a major concern in Nigeria. Other priorities would include boosting local industry and building a large port in the southeastern city of Calabar, he said.

"I am a thinker and I am a doer. We will create wealth. We will turn Nigeria around. It will be our Eldorado," he said.

The ruling party candidate would usually be considered the favourite in Nigeria, which has a long history of electoral fraud and violence. However, in 2015, Buhari was the opposition candidate when he won an election widely considered among the cleanest the country had seen.

Tinubu's main opponent will be the People's Democratic Party candidate Atiku Abubakar, who was vice president from 1999 to 2007 under former President Olusegun Obasanjo.

"If he wins, Tinubu's presidency will be defined by tackling a lukewarm economy, widespread discontent with the political class, a worsening geopolitical environment in Nigeria's near abroad and escalating security challenges," said risk analyst Ikemesit Effiong.

"His programme of action to tackle these challenges remains unclear," said Effiong, who is head of research at risk advisory firm SBM Intelligence.

A wily political operator, Tinubu built a strong support base during his eight years as governor of Lagos from 1999 to 2007. Since stepping down, he has remained highly influential, with many of his loyal proteges in powerful positions in government and business.

Supporters portray him as an effective administrator with a knack for picking competent technocrats to get jobs done.

Critics denounce him as a godfather figure who doles out lucrative contracts and plum jobs to his friends and is not above sending out street thugs to intimidate opponents if he fails to get his way. He rejects that description.

Ten Nigerian cabinet ministers, including the junior petroleum minister, have resigned to run in next year's election, the information minister said ...
News
1 month ago

Nigeria's President Muhammadu Buhari has directed that any cabinet ministers seeking to run in next year's elections should resign before May 16, the ...
News
1 month ago