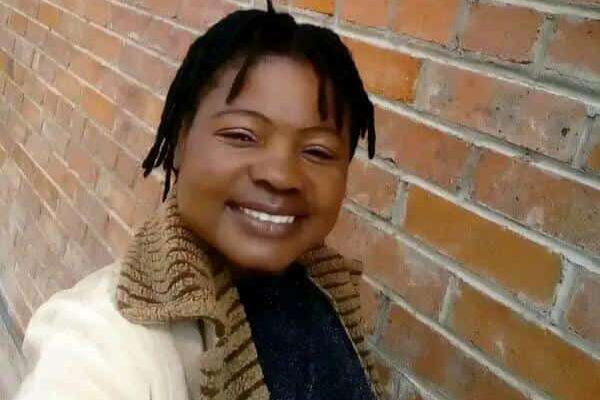 A Citizens Coalition for Change (CCC) activist in Zimbabwe who disappeared two weeks ago was found dead on Saturday afternoon.

The body of Moreblessing Ali, 46, was recovered from a well at a farming community in Beatrice.

CCC lawmaker Job Sikhala said: “We are now leaving Chitungwiza Central Hospital mortuary, where Moreblessing Ali’s tattered body has been left by the police. The body is in two parts: the bottom, from the waist [is] on its own, and the top [is] the same. Intestines [are] packed in a plastic.”

The Zimbabwe Republic Police (ZRP) confirmed the discovery of a mutilated body, saying they are in contact with Ali’s family and have “stepped up the identification process through forensic science analysts”.

In a previous statement, the ZRP linked Ali’s disappearance to a lovers’ quarrel and said they believed she was in the hands of a former boyfriend, who was unhappy that she had left him.

CCC spokesperson Fadzayi Mahere, however, said Ali was seized and forcibly shoved into a motor vehicle by a Zanu-PF member. They believe a political motive is behind the abduction and murder.

One dead, 22 hurt in Citizens Coalition for Change rally in Zimbabwe

One person was killed and 22 others seriously injured at a Citizens Coalition for Change rally in the Zimbabwean Midlands city of Kwekwe on Sunday.
News
4 months ago

Sikhala said in a tweet: “Zanu-PF attacked everyone at Moreblessing Ali's funeral last night and hijacked the funeral. We are going to court on an urgent basis now to interdict their [party officials] who are leading the funeral hijackers.”

The ZRP said they are “disturbed by politicians, including lawyers, who are issuing threats to government officials and the police in connection with this sad case.

“The public is urged to be patient and allow the criminal investigations to proceed smoothly.

“The police reiterates that this is a callous and heinous crime ... all efforts will be made to ensure that suspects are brought to book without fail. However, any form of intimidation or threats under the guise of politics or social media antics are being monitored by the police.”

A crowdfunding page was created to help the family cover the funeral costs.

Zimbabwe government is set to deploy the security forces to confiscate maize stocks from farmers amid low deliveries of grain to the country’s sole ...
News
1 month ago

As rising temperatures drive increasingly destructive storms and floods, Zimbabwe is rewriting the rules on how and where homes should be built to ...
News
1 month ago