Africa, where Monkeypox is endemic, gets no vaccines 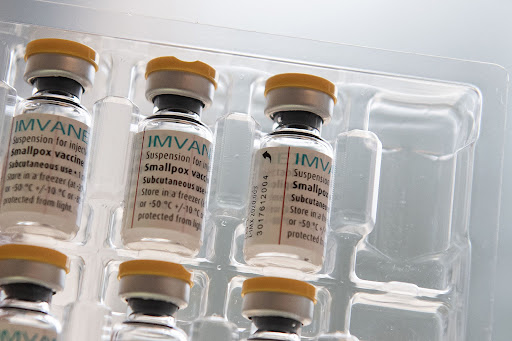 The Africa CDC is in talks with developers to get shots “as soon as possible” for both monkeypox and smallpox.
Image: Bloomberg

Africa, the only continent where monkeypox is endemic, has yet to receive vaccines for the virus as the infectious disease spreads around the world, the continent’s top health body said.

While monkeypox was declared a public-health emergency of international concern by the head of the World Health Organization at the weekend, the Africa Centres for Disease Control and Prevention has yet to secure any doses of the inoculations, said Ahmed Ogwell Ouma, the agency’s deputy director. The WHO declaration moves the outbreak to the highest level of alert, helping to marshal more resources globally to curb the outbreak.

Ouma has previously said Africa should be first in line for monkeypox vaccines as it seeks to avoid a repeat of its battle to secure shots at the start of the coronavirus pandemic that left the continent far behind wealthier nations.

“Let us get attention focused on where we can really stop monkeypox at its source,” he said in an online briefing Thursday. Endemic countries in Africa are the “best place to start,” he said.

Africa has dealt with monkeypox since the 1970s, with little international attention. In May, Ogwell Ouma said there had been several waves of the illness in the past two years that had simply been contained. The disease has spread to about 16,000 people in more than 70 countries since cases were reported in countries including the UK, the US and Canada in May.

The Africa CDC is in talks with developers to get shots “as soon as possible” for both monkeypox and smallpox, Ouma said. Vaccines for the latter disease, which has been eradicated, can also be used against monkeypox.

Still, Africa is dealing with at least six significant disease outbreaks aside from Covid-19 and monkeypox, including the Marburg virus, Lassa fever, cholera, measles and wild polio, putting strain on often limited resources.

The continent imports most of its shots and a drive to set up a vaccine industry has stumbled. Aspen Pharmacare Holdings Ltd., Africa’s biggest pharmaceutical company, still hasn’t received orders for its Covid-19 vaccine that it makes under license from Johnson & Johnson. With Covid-19 inoculations, by the time they arrived it was hard to convince people in Africa they still needed them.

Aspen is available for “capacity fill opportunities” for monkeypox shots, the Durban, South Africa-based company said in a separate statement on Thursday.