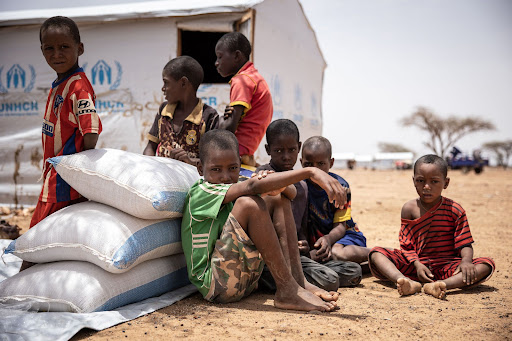 Tens of millions of people are facing hunger in West Africa’s Sahel region, where conflict, surging prices and the affect of the coronavirus pandemic have spawned the worst food-security crisis in a decade, the Alliance for International Medical Action said.

More than 38 million people in the arid area on the southern fringe of the Sahara Desert are food insecure, a 40% increase from a year ago, the group, known as Alima, said on a webinar on Wednesday. While climate change, food inflation stemming from Russia’s war with Ukraine and the economic affect of Covid-19 have worsened the situation, conflict is the primary cause, Alima said.

In northeastern Nigeria, Islamic State and Boko Haram Islamist militants are hindering farming, while surging banditry in the northwest of the country is having a similar effect. Across Niger, Burkina Faso and Mali, conflict with insurgents has decimated food production.

“What’s different this year is sort of a snowball effect of the last few years,” said Bunmi Ode, a paediatrician working with Alima in the region. “Then Covid-19 came and really affected the economy and household incomes.”

With the crisis coming at a time when the world is preoccupied with the conflict in Ukraine, and to a lesser extent with the civil war in Ethiopia and a drought in the Horn of Africa, the Sahel has got little attention.

Seven countries in the Sahel need $3.8 billion in aid and have received $600 million, said Kader Issaley, Alima’s director of operations. Nigeria is the hardest-hit, with 19.5 million people food insecure, while Burkina Faso, Niger, Chad and Mali are also badly affected, according to Alima.

“Wake up and increase the funding to avoid a catastrophe,” Issaley said. “Governments put all their resources into security, food is not the priority.”

Alima was founded in 2009 to tackle a food crisis in Niger and has treated 10 million people in 14 countries since then.