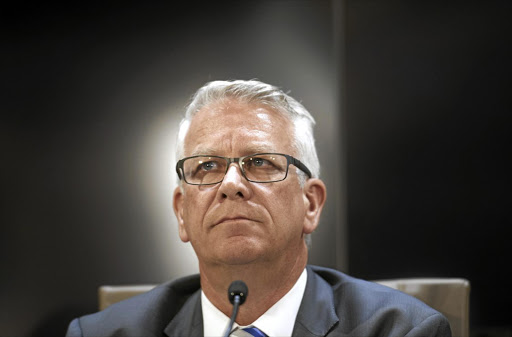 Ford SA has finally gone some way to acknowledging its failure to warn its Kuga 1.6 model customers about the risk of the vehicle overheating and catching alight‚ despite knowing about many such cases.

“We recognise that‚ during the initial process‚ customers and the public were not well enough informed about the situation‚ and for that Ford sincerely apologises‚” Ford SA chief executive Jeff Nemeth said on Friday.

“We care about the safety and well-being of our customers. It’s at the heart of everything we do‚ and we understand that our customers have questions and concerns‚” Nemeth said in a media statement.

“Our current focus is on working with our dealers and our customers to resolve these issues as quickly as possible‚ through open and direct communication.”

Having been forced by the National Consumer Commission (NCC) to announce‚ in mid-January‚ a safety recall of 4556 16-litre Kugas built between December 2012 and February 2014‚ Ford met NCC officials on Friday to update them on the recall’s progress.

Here’s why that recall was required‚ in Nemeth’s words: “Due to them being potentially susceptible to overheating due to a lack of coolant circulation‚ which in some cases could cause an engine overheat with a resulting crack in the cylinder head.”

The company is still busy with stage one of the recall - replacing affected components on the cooling system‚ verifying and updating the software‚ and conducting an oil leak check on the cylinder head.

And that has caused a parts crisis‚ with parts being flown in “to alleviate the shortage”. All outstanding parts will be in the country by mid-February‚ Nemeth said.

The parts shortage created another crisis - the need to provide those 4 556 affected Kuga owners with another set of wheels while their too-risky-to-drive Kugas awaited the parts.

“Ford has supplied more than 4 080 courtesy cars to affected 1.6 Kuga customers‚” Nemeth said. “This number excludes the number of dealer loaner and Ford South Africa’s company vehicles that were given to customers while their vehicles underwent the safety recall action.”

Twice in the press release Nemeth stressed that post-recall‚ the 1.6 Kuga was perfectly safe to drive. “The Ford Kuga is safe to drive‚ provided that the integrity of the cooling system is maintained‚ and this safety recall has been actioned‚” he said.

Followed by: “I want to stress that with the first stage of the safety recall completed‚ and with proper maintenance of the coolant system‚ the 1.6 Kuga is safe to drive.”

In the midst of the crisis‚ Ford SA is clearly drawing comfort from two things: there have been no more reports of Kuga fires since the safety recall of mid-January and‚ apart from the death of Reshall Jimmy in December 15 - the cause of that Kuga fire being different from all the others - there have been no other deaths or injuries arising from Kuga fires.

The second stage of the recall will involve improving the cooling system to make it more robust‚ and‚ according to Nemeth‚ it’s likely to involve “further changes to parts and warning systems”. Ford has increased the capacity of its call centre‚ adding a dedicated Kuga support team with longer hours and weekend support - something affected Kuga drivers could have used many months ago.

And‚ in partnership with the AA‚ Ford Roadside Assistance will be offered to all Kuga 1.6 vehicles‚ including those out of the standard three-year cover period.

“Everyone at the organisation is dedicated to resolving each and every one of our customers’ concerns‚” Nemeth said. “We will continue to update our customers on progress with regular communications.”

Commenting on the latest National Association of Automobile Manufacturers of SA (Naamsa) vehicle sales figures released on Friday‚ Ford SA noted in a media statement that its January sales figures - a total of 6 634 vehicles sold - were 1.7% up on January last year.

“We are encouraged by and grateful for the continued customer confidence in the Ford brand and our current range of products‚ despite the challenges relating to the safety recall announced in January for the 1.6-litre Kuga‚” said Gerhard Herselman‚ general manager of sales for Ford SA.

But a close look at the Naamsa stats reveals that the Kuga sales have taken a major knock - just 74 were sold in January‚ compared with 146 in December - a 50% drop. That despite the fact that the model which is the subject of the safety recall - the 1.6-litre - was replaced by the 1.5-litre model in late 2014.

The Times broke the Kuga story in early December. Interestingly‚ Kuga sales for the five months before that were significantly higher - 199 in November‚ 174 in October‚ 154 in September‚ 206 in August and 204 in July. - ConsumerLine