Beware: In the fine print there might be conditions that could disqualify your claim if not met 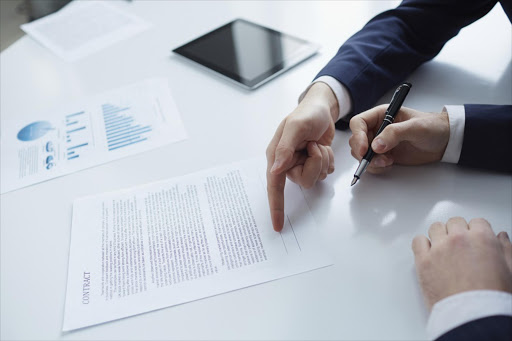 "At least it's insured."

That's how Pertunia Mokwena of Midrand consoled herself when she emerged from a shopping centre last month to discover that her car had been stolen from the parking lot.

She'd switched from another insurer to King Price just two months earlier, to reduce the premium on her paid-off 2007 Toyota Yaris.

But her claim was rejected because she hadn't had a tracking device fitted to the car as stipulated in the policy.

The policy e-mailed to Mokwena the day she took out the cover over the phone states: "It is a condition of cover to install an approved security device. It must be in full working order at all times and the subscription payments must be up to date. If you don't adhere to this condition, you will have no theft or hijack cover.''

"But King Price told me when I took out the policy it had a company it used to fit the tracking devices and it would arrange fitment," Mokwena told InYour Corner.

"Unfortunately, when my car was stolen the tracking device had not been fitted yet.

"I find it unfair that King Price would reject my claim on that basis because I was waiting for the company to come fit it as I was advised - the insurer failed to do so, and now it is putting all the blame on me. Yes I didn't follow up; that was my mistake, but the company should have done what it had promised without me having to call to remind it."

I took up the case with King Price's head of legal, Wynand van Vuuren, asking for the call recording to be retrieved to find out what Mokwena was told about getting that tracking device fitted.

He got back to me in just over an hour later - hugely impressive - to say that he'd listened to the call recording and that the company had decided to overturn its decision "because the impression could have been created with the client that we would take responsibility for the installation of the tracking device".

King Price does not offer to arrange installation of the device, Van Vuuren said.

She has chosen not to replace her car but rather share her husband's car as she will be retrenched at the end of next month.

THE LESSON: Always take time to read through your policy document to make sure your claim won't fail because of your failure to comply with a clause.

THE LONG AND SHORT OF IT● There was an outcry on social media over Old Mutual’s refusal to pay out the life insurance policy of a father shot dead in gang crossfire, on the grounds that he had failed to disclose that he suffered from diabetes.

“He didn’t die of diabetes, he died of a stray bullet, do the right thing, Old Mutual ! ” tweeted @sramphaul.

On Friday Old Mutual’s Jaco Gouws told Cape Talk radio of its decision to approve the claim on 32-year-old Brent Kruger ’s life insurance policy, based on a reassessment of the claim.

“If there is wrong information provided, the industry calls that ‘pre-contractual misrepresentation’. Should the insurer become aware of the true facts it can repudiate the policy, meaning it is cancelled ,” said Jennifer Preiss, deputy Ombudsman for Long Term Insurance.

But the Ombudman’s office had a “fairness jurisdiction”, she said.