It's time to get tough on the causes of obesity 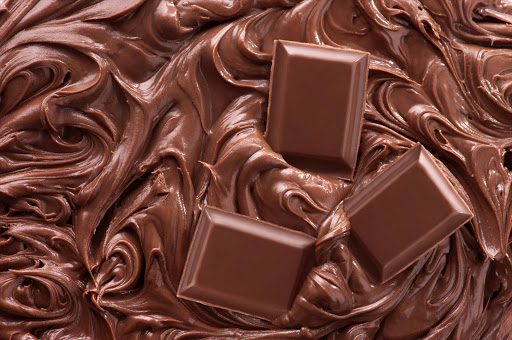 "Chocolate is the most craved food in the world." There were many nodding heads among delegates at the South African Association for Food Science and Technology in Cape Town last week when Innike Taljaard of North West University confirmed this during her presentation on consumers' emotional response to the sensory properties of chocolate.

Chocolate arouses a lot of positive emotions; it increases joy, reduces tiredness and elevates mood, said Taljaard, who has a PhD in consumer science.

"But some negative emotions too, mostly guilt," she said.

Another academic, Jacques Rousseau, pooh-poohed the popular notion that sugar is addictive and said the issue is a lack of impulse control. He is a lecturer in critical thinking and business ethics at the University of Cape Town, and co-author of Critical Thinking, Science and Pseudoscience: Why We Can't Trust Our Brains.

Caffeine yes, sugar no, said Rousseau - the issue is a lack of impulse control.

"There is no physiological evidence for any foodstuff other than caffeine being addictive in humans," he said. "Addiction, and its prevalence, is misunderstood - you don't see people robbing houses to feed their sugar habits."

Rising obesity - 55% of South Africans are overweight, with a body mass index of more than 25 - and the role which sugar plays in that was a recurring theme at the congress.

Unsurprisingly, the food industry is not a fan of the government's plan to impose a health promotion levy, also known as the sugar-sweetened beverages tax, arguing that credible studies have shown that the imposition of such a tax is not as effective as other strategies.

Food scientist Nigel Sunley pointed to the McKinsey Global Institute's discussion paper on curbing obesity, which analysed 44 interventions. It found that in terms of impact (in the UK at least), reducing portion sizes, reformulating foods and restricting the availability of high-calorie foods would have the most effect.

Of course, reducing portion sizes - putting sugar-rich fizzy drinks into 300ml cans instead of the current 330ml, for example - would be regarded as shrinkflation if the companies didn't decrease the price along with the can contents.

Sunley had some very harsh words for the industry when he took to the podium. He'd sent a survey - via the Consumer Goods Council - to South African food companies, asking what they were doing to combat the obesity crisis, and the response was "dismal".

A few did deliver. Dairy products manufacturer Danone outlined its plans to reduce sugar in its products, Coca-Cola said it was reducing its can sizes. Woolworths got rid of all the sweets and chocolates in its checkout queues, suffering a dramatic knock in sales as a result.

"To those of you who didn't bother to respond, shame on you," said Sunley, a past president of the food association.

"Combating obesity is not a competitive issue," he said. "You are shooting yourselves in the foot if you don't communicate about what you are doing - regulation will be imposed."

Is buffalo mozzarella legit or not?

He was the banking services ombudsman for seven years as well the Consumer Goods and Services Ombud until a few months ago‚ and now Advocate Neville ...
News
4 years ago

"At least it's insured." That's how Pertunia Mokwena of Midrand consoled herself when she emerged from a shopping centre last month to discover that ...
News
4 years ago