Alcohol question is all up in the air 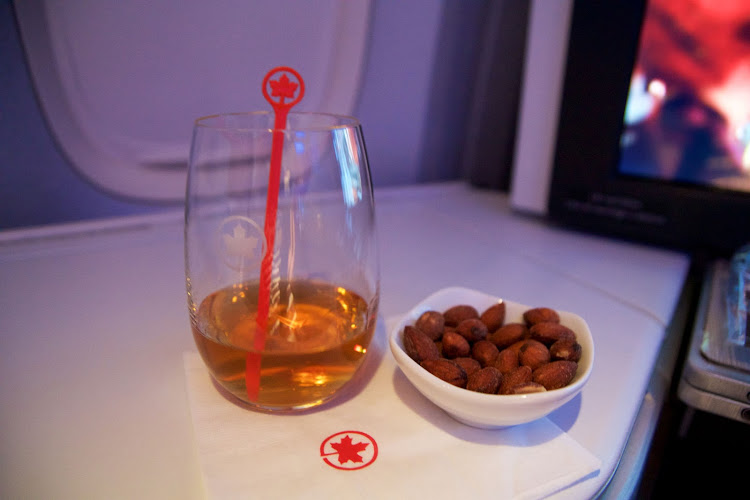 Can an airline prohibit you from drinking alcohol on board, other than that sold by them?

I asked that question of Nic Vlok, acting CEO of Mango Airlines, after spotting a "you may only drink alcohol purchased on board" line on their in-flight magazine's menu.

You can eat your Wimpy burger and wash it down with a Fego cappuccino at cruising altitude, but if you want booze you have to buy it from the trolley.

"Allowing passengers to only drink alcohol provided to them, by ourselves, gives our crew, who are acting as safety officers for the flight, a method of tracking and controlling levels of alcohol consumed by passengers on board," Vlok said.

"This is done in an effort to ensure passengers will not become overly intoxicated or disruptive, becoming a risk to themselves, others or the aircraft.

"Permitting passengers to drink their own alcohol on flights does not allow us to have an oversight function."

Fair enough. Next I asked the SA Civil Aviation Authority if the BYO ban was a directive which came from that body.

Spokesman Kabelo Ledwaba said SACAA regulations did not mention "acceptable quantities" of on-board alcohol consumption and are also silent on whether passengers may board with and drink their own alcohol or not.

"But the regulations do indicate that passenger intoxication and unruly behaviour should be dealt with by the airline," he said. That includes barring them from boarding and restraining them mid-flight.

And this: "Each passenger on board an aeroplane shall obey any command issued by a crew member in the performance of his or her duties."

Asked about recent air-rage incidents in South African airspace, Ledwaba said: "Only when the alcohol-fuelled incident escalates to an act of unlawful interference does it have to be reported to the South African Civil Aviation Authority."

Pressed for details of those, he changed tack and said it was the responsibility of the individual airlines to keep those records.

"We can go for years without being aware of any," he said.

Gunnar Sigge of Stellenbosch witnessed one such incident shortly after take-off on an Emirates flight from Cape Town to Dubai earlier this month.

"Two cabin attendants in the next aisle led a glazed-eyed, shirtless male passenger to the back galley by the hand," he said.

After much scuffling and a shriek or two, the ranting, "out of it" man ended up in the last row, strapped into a seat, his legs tied at the ankles and his arms tied behind his back with a combination of seatbelt extenders and cable ties.

"One passenger tried to video the proceedings, but his phone was promptly confiscated, and returned with the footage erased.

"I was very impressed with the calmness and efficiency of the crew - they never raised their voices or were aggressive and regularly offered the tied-up passenger water and food."

Clearly the last thing airlines want is video footage of their air-rage incidents doing the rounds on social media, but to my mind being forced to hand over your cellphone and having its contents edited is a bit of a stretch as "commands" go.

Still, resisting such a command in those circumstances is probably inadvisable.

The UK's Civil Aviation Authority does have statistics relating to alcohol-induced air-rage incidents: in the two years to March 2016, an average of four people a week were arrested on suspicion of being drunk on a UK plane or at an airport.

And worldwide, one aviation security expert quoted in the UK Independent last July estimated that alcohol-fuelled air rage affected about 50 flights a day.

Do you believe that you should have the right to have your car serviced at the workshop of your choice without jeopardising your warranty‚ or are you ...
News
4 years ago

South Africa’s short-term insurers‚ reeling with claims overload in the aftermath of this week’s two major storms‚ have not yet been willing to ...
News
4 years ago

The unusual case of the most unwanted R2,100

This is what my journalism lecturers used to call a "man bites dog" story - a happening which is newsworthy because it's the opposite of what usually ...
News
4 years ago

Car fees: it's a scam