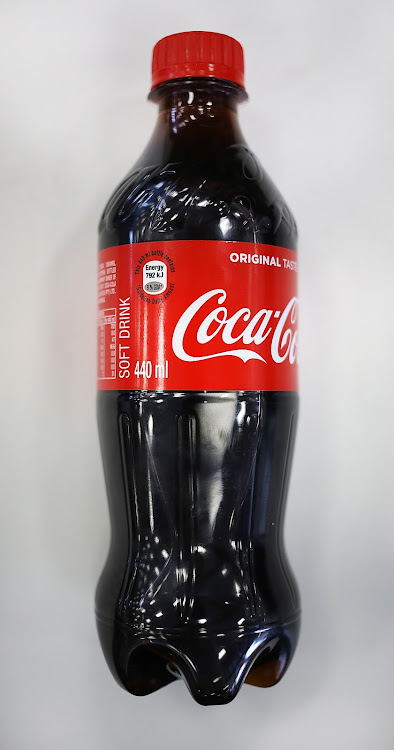 Coca-Cola has apologised for not explaining that the reduction in can size from 330ml to 300ml and the bottle from half a litre to 440ml would not include a price drop.

Instead‚ the price of the drinks has remained the same.

Coca-Cola said last week it was reducing container sizes to help people cut their sugar consumption. The company had earlier this year promised to reduce pack sizes after pressure mounted for a sugar tax.

Roger Gauntlett‚ general manager of Coca-Cola Africa’s South Africa franchise said: "We’re rethinking many of our drinks and package sizes around the world to reduce calories and sugar and reflect the changing tastes and dietary preferences of our consumers."

But Coca-Cola’s shrinkflation move has been met with outrage.

Lawyer Janusz Luterek asked whether Coke's smaller size was a way to profit from the sugar tax and concerns about high sugar consumption levels and poor health. "But the price is the same? Is this not a scheme to profiteer from the noise around sugar tax and non-communicable diseases?"

Marketing expert Andrew Fraser pointed out that in case of the 440ml bottle being sold at the same price as the former 500ml bottle‚ consumers were paying 13% more.

Graeme‏ @graeme127 said on Twitter: "It's daylight robbery. Their excuse was to reduce the sugar content we take in. That's fine but then reduce the price as well. No more coke for me‚ they have lost."

The “buddy” Coke size has been reduced to 440ml and there will be no more 500ml bottles on the shelves after November‚ as Coca-Cola attempts to cut ...
News
4 years ago

In response to people’s outrage over the price‚ Coca-Cola said on Friday: "We could have communicated more extensively to our consumers at point of sale and through the media. This is not unusual and we regularly adjust our pricing‚ packaging and product mix to adapt to market conditions and consumer demands. We apologise that we were not as clear as we should have been about the changes."

It didn’t say it would drop prices but said: "Our company remains committed to serving South Africans with the choice of beverages they enjoy."