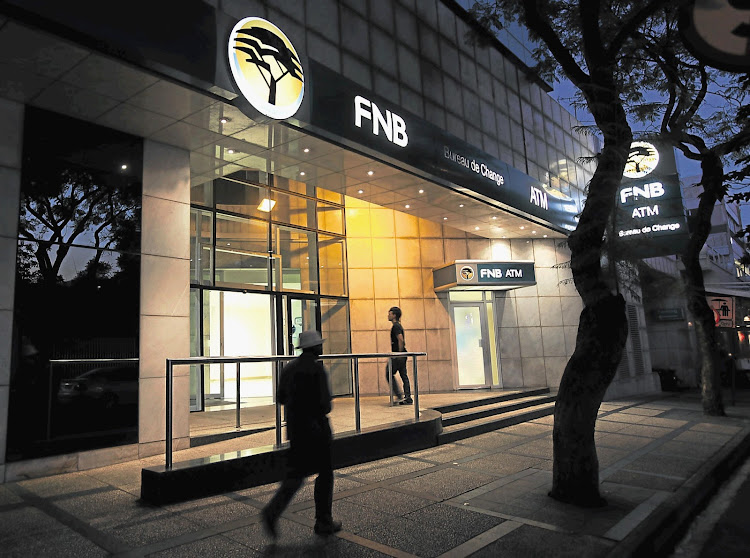 R121 million. That’s what the 60 victims of safety deposit box heists at three Joburg branches of First National Bank are claiming from the bank in a summons served on the bank on Tuesday.

The court papers include a list that details each person’s losses‚ more than 2‚000 items in total‚ revealing the extent of the glittering array of treasures that greeted the robbers as they opened those boxes.

Bob and Nalini Naicker of Fourways had entrusted to their box a 22-carat gold jewellery collection worth several million rand‚ the most precious and valuable possessions of three generations of their family.

Praful Patel of Robertsham’s list of losses‚ totalling more than R2 million‚ included jewellery worth R95‚000‚ given to his wife on their wedding day.

The victims claim in the papers that a clause in the bank’s safety deposit box contracts contravened the Consumer Protection Act (CPA)‚ making the contract unconscionable‚ unjust‚ unreasonable and unfair in terms of the Act‚ and therefore the contract should be declared void or unenforceable.

All but six of the victims had clauses stating that the bank would not be legally responsible to them under any circumstances for any loss or damage that may occur to the contents of the box.

FNB on Tuesday confirmed it had received a summons from an attorney representing approximately 60 customers who lost their goods when their safety ...
News
3 years ago

They claim that the bank’s failure to have adequate security measures in place to prevent their loss or take reasonable steps to intervene once it knew or ought to have known that a robbery was in progress was negligent and thus also a contravention of the CPA.

The alleged security lapses include:

-Failure to put in place adequate CCTV monitoring of the exterior and/or interior of its premises. -Failure to keep security camera systems in working order. -Failure to ensure that the vault was locked in the Randburg branch‚ in particular at the close of business. -Failure to install an adequate alarm system. -Failure to send bank employees to investigate why the alarm was activated. -Failure to employ the services of an armed response company to respond to and investigate any security breaches upon the activation of an alarm.

The victims lost their valuables in one of three heists. On December 18 2016‚ 360 boxes were stolen in a brazen overnight break-in at the Randburg branch and two weeks later‚ on New Year’s Eve‚ thieves penetrated a vault at FNB Parktown and made off with R1.7 million in cash and valuables from about 30 safety deposit boxes. Only when the victims organised into a group did it come to light that in September 2015‚ what FNB calls “a small number” of safety deposit boxes were stolen from FNB in Sunnyside.

Most of the boxes stolen in the Randburg heist were found on a mine dump near the FNB Stadium in Soweto two days after the heist‚ but there was no sign of the jewellery or Krugerrands they had contained.

Last July FNB’s long-awaited settlement offers outraged victims‚ being mostly less than 20% of the full amounts claimed‚ many less than 10%‚ with no information about how the amounts were arrived at.

Victims of two brazen First National Bank safety deposit box heists believed for six months that they had lost everything. Now they have discovered ...
News
4 years ago

Two men have appeared in the Randburg Magistrate's Court in connection with the theft of safety deposit boxes at First National Bank. Norman Moeli ...
News
4 years ago

One was offered just 14% of his claim‚ despite providing proof of his Krugerrand purchases.

The victims were organised into a group via WhatsApp by Kelly Fraser‚ daughter of one of them.

“It feels surreal that this day has finally come‚” Fraser said‚ referring to the summons.

“We now have 60 plaintiffs and a stokvel type account we fund together to support our legal battle.”

The group’s attorney‚ Trudie Broekmann‚ said FNB marketed their safety deposit boxes as a safe way to store valuables and undertook to provide security infrastructure that would in fact keep those valuable safe.

“In fact‚ the security infrastructure was defective‚ and as a result‚ the CPA gives the consumers who suffered a loss as a result of FNB’s failure to prevent the three bank heists‚ the right to claim their damages‚” she said.

While the bank’s fine print excluded liability for any loss or harm to the valuables stored in their safety deposit boxes‚ the CPA prohibited suppliers from excluding liability for gross negligence‚ she said.

“It appears that bank employees were complicit in the heists‚ and that amounts to gross negligence by FNB.

“As a result‚ the heist victims are asking the court to declare the clause which excludes liability invalid‚ which leaves the way open for them to claim the full amount they have lost‚ which comes to R121 million for the 60 plaintiffs.”