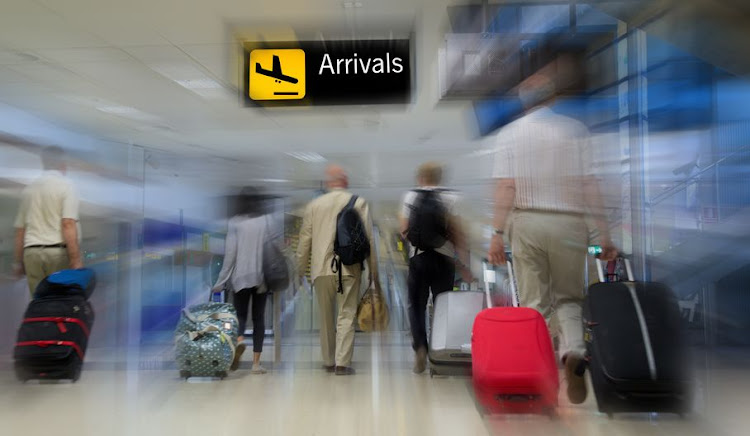 Is there a link between flight delays and baggage tampering?

Domestic budget airline FlySafair thinks so, and it has pledged R100,000 towards finding a way to stop criminals in airport baggage handling systems from helping themselves to passengers’ belongings.

“It’s a huge problem which we have tried to address from multiple angles with no success,” the airline tweeted on Wednesday.

It was responding to a tweet by anti-crime advocate Yusuf Abramjee, pleading with South Africans to demand action from airlines, the police, the Airports Company of SA (ACSA) and transport department to stop bag tampering.

“We are under siege,” said FlySafair’s vice president of sales and distribution, Kirby Gordon.

“We’ve tried everything to stop it, including hiring private security teams. We wanted to hide cameras in traffic cones but ACSA forbade it.”

Bag tampering at airports is a "big problem" that needs urgent intervention, airline FlySafair said on Thursday.
News
3 years ago

“And with the maintenance delays at SAA Technical leading to more flight delays in recent months, that in turn has led to more tampering incidents.”

Comair, which has the local industry’s worst records for flight delays - only 59% of its flights out of OR Tambo International airport in Johannesburg departed on time in November - announced recently that it was moving much of its major maintenance requirements offshore, while awaiting approval to set up its own workshops in co-operation with Lufthansa.

“When flights are delayed, baggage handlers have all the time in the world - they can go for gold,” Gordon said.

The number one item which gets pilfered is high-end perfume, followed by cellphones and branded clothing.

Even if the criminals don’t find anything they consider worth stealing, passengers are left to find a damaged suitcase on the carousel.

Karin Sieberhagen tweeted: “I found the tool used to open my bag inside the bag on arrival. Even if you lock, they use a pen to open the zip…”

Airlines take no responsibility for the theft of “valuables” such as cameras, electronics, money, and jewellery from checked-in baggage, and compensate for clothing according to an international formula based on the weight of missing items, which works out to a tiny fraction of the value of the goods.

“We closely monitor the luggage where we can, via our third-party partners, but we are excluded from monitoring the area where the bags are security screened,” Gordon said.

“All the areas are monitored by cameras, but somehow the criminals work around them.”

Baggage tampering happens at all airports, but was a particular problem at OR Tambo, Gordon said.

Maureen van Staden tweeted: “My daughter’s lock was cut off her bag on a Safair flight from Cape Town to Joburg two weeks ago. Then they wonder why our hand luggage exceeds the 7kg limit.”

Responding to Abramjee, ACSA said: “We always urge passengers who experience baggage incidents to report it to the airline immediately.

• If you have to check in luggage, don’t include cameras, cellphones, Garmins or other electronics and expensive fragrances.

• Have your bag wrapped at the airport.

• Avoid checking in bags with zips. Kenyan safari operator Daryl Balfour advises: “If you have to pack valuables in your check-in luggage, it's best to use hard cases like Pelican with decent padlocks.”

• Avoid checking in luggage altogether, if you can, but make sure your carry-on bag or suitcase is the right size - no bigger than 56cm x 36cm x 23cm, including the wheels - and weighs no more than 7kg (8kg in the case of SAA).

• Carry rather than wheel the bag as you approach the aircraft to minimise the chances of airline crew asking you to have your bag stashed in the hold.

If you‚ like growing numbers of frequent flyers‚ prefer to pack only a carry-on cabin bag - to avoid the theft risk of checking luggage in and the ...
News
4 years ago