Cereal offenders: dietician rates some of the country's most popular breakfasts 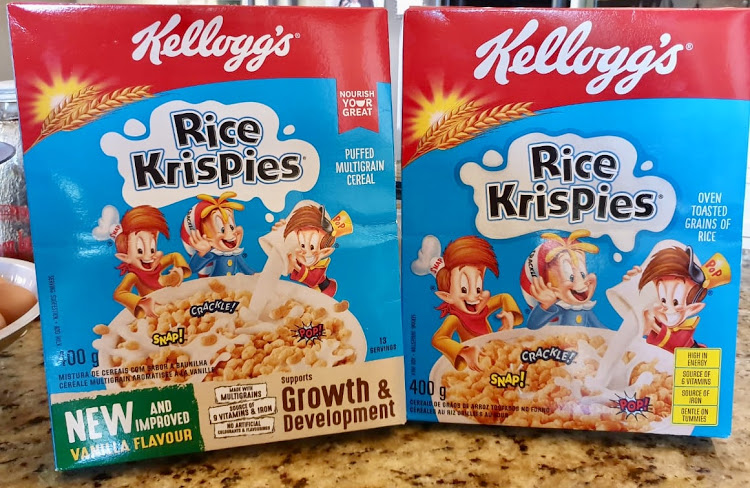 The country’s most popular breakfast cereal packs shout about nutritious multigrains, whole grains, vitamins and iron, but are the contents really a suitably nutritious start to a child’s day?

TimesLIVE asked dieticians at the Stellenbosch-based Food and Allergy Consulting and Testing Services (Facts) to analyse the ingredients lists and nutritional information on the boxes of 14 South African cereal brands to answer that question.

The result: five of them aren’t considered to be a healthy choice.

Who decides what’s healthy and how? Dietician Gaby Jackson explains: “The nutrient profiling model (NPM) was developed as a suggested method to ensure a consistent approach to allowing nutrient content and other claims by food manufacturers, as part of the government’s draft regulation relating to labelling and advertising of foodstuffs (R429).

“Although this regulation has not yet been promulgated, it is still the most scientifically valid and consistent approach available to analyse whether foodstuffs may be misleading consumers, and if they carry claims but are in fact possibly detrimental to health.”

The Facts team analysed the nutritional information provided on the 14 packs and rated them according to the NPM.

Of the five products which do not meet the NPM, four are made by Kellogg’s: Unicorn Froot Loops, Strawberry Pops, Coco Pops, and Rice Krispies - the vanilla flavoured multigrain version which, in a widely lambasted move, replaced the original, far less sweet Rice Krispies on South African shelves about 18 months ago.

The fifth product not to make the grade was White Star’s vanilla-flavour instant porridge.

They were grrreat! Whatever happened to Kellogg's Frosties?

A certain blue box with Tony the Tiger on it has been missing from SA cereal aisles for months. We went on a quest to find out why
Lifestyle
3 years ago

For a cereal to “pass” the NPM model, it must achieve a score of less than four.

Best of the sample was Jungle Oats, followed by Weet-bix, Crunchalots and Special K.

Responding to news of its four “fails”, Kellogg Sub-Saharan Africa’s head of external relations, Zandi Mposelwa, said the company was aware of the nutrient profiling model in the draft regulation.

“But this is not yet implemented as a regulation in South Africa,” she said. “As we continuously innovate and renovate our foods, we are mindful of the need to comply to R429 when it becomes implemented.”

In the meantime, she said, the nutritional information of each cereal is displayed on the packs, along with the guideline daily amount values, to give consumers “data to make an informed decision”.

When looking at sugar content, for example, those boxes reveal that Froot Loops has 18g of sugar per 100g (18% sugar), Strawberry Pops and Coco Pops both have a whopping 33g per 100g and Rice Krispies Vanilla has 21.7g.

By comparison, the original Rice Krispies, which Kellogg is now importing to SA from the UK, has 7.9g of sugar per 100g, and does “pass” the NPM.

Nestlé’s Milo cereal has 25g of sugar per 100g, but it is relatively high in fibre and protein.

“Even when sugar content is high, if saturated fat and sodium are low, and protein and fibre are high, a product could still pass,” Jackson said.

“It is important for consumers to understand more than just the claims, but also the nutritional tables and what they mean.

Pioneer Foods’ response with respect to its White Star instant porridge was interesting. In preparation for the promulgation of the new food labelling regulation and its nutrient profiling model, Pioneer reformulated the product - reducing sugar and increasing fibre - and an independent laboratory has confirmed that it now passes the NPM. But the company has yet to update its packaging.

“In the current economic environment we are cautious in respect of any cost increases to the company as well as the consumer. As the ‘outdated’ information is not in any way detrimental to the consumer, we elected to first conclude this work prior to implementing packaging changes.”

This will happen some time this year, Bower said.

“Good nutrition practice would typically be to look at the energy and macro nutrient needs of the individual, and then advise the total energy intake daily,”

Jackson said that often the portion size of breakfast cereals was larger than advised, and high energy density may cause weight gain.

Parents who were outraged when Kellogg's SA replaced its original Kellogg’s Rice Krispies with a far sweeter, multigrain version 18 months ago will ...
News
2 years ago

Shopping online? These are the pitfalls you must avoid

Three days ago my mother went online to book two international flights for May.
News
2 years ago

Thou shalt not mislead customers. Even a bit

That should be the first rule of marketing. And how about this for a radical idea: the label, advert or notice should be run past 10 employees to ...
News
2 years ago