Covid-19: Here's why wearing gloves is not ideal & handwashing is best 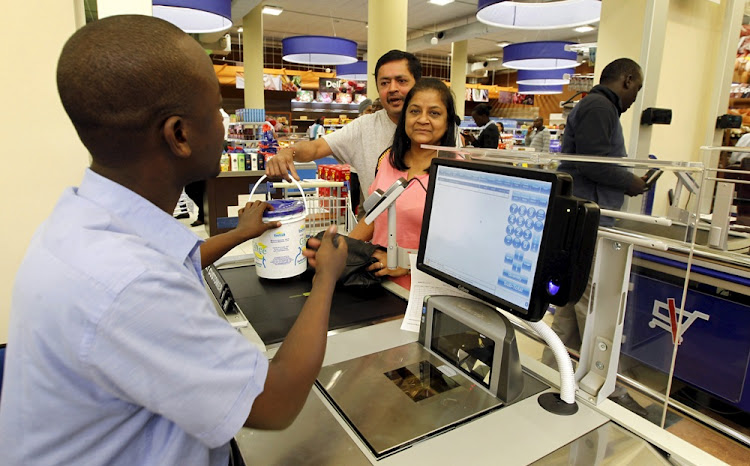 “Why are cashiers not given gloves?”

That’s what Kgaohelo Tshego Tefu wanted to know from Checkers on Twitter. And she’s not alone — most consumers firmly believe that gloves on an employee’s hands — traditionally when handling food, but now handling anything — keeps all of us safe from harmful pathogens. But that’s not necessarily true.

Checkers has been responding to Tefu and others asking the glove question, thus: “We follow strict handwashing and sanitisation procedures, which are monitored through regular independent audits.

“The use of gloves is not ideal as it does not promote good hygiene practices and can become a carrier for microbiological contaminants.”

Pretoria-based microbiologist and food safety expert Dr Lucia Anelich told TimesLIVE that wearing gloves was only effective when the workers wearing them had an in-depth understanding of the hygiene habits that must accompany the wearing of gloves.

“Gloves are never a substitute for proper handwashing; in fact wearing gloves sometimes gives workers a false sense of security and results in workers not washing hands at all before donning gloves,” she said.

“The glove is an extension of one’s hand and must be treated as such, which is unfortunately not always the case. So if there is any doubt as to whether the person would follow proper hygienic procedures when wearing gloves, then it’s best to avoid them and rather entrench the principle and practice of proper handwashing.”

'Selfish and wasteful' shoppers clear shelves of food and supplies

Anelich said she’d witnessed deli workers scratching their heads or wiping their faces with gloved hands, and then immediately returning to handling food. “They would have been more likely to wash their hands before returning to handling food if they were not wearing gloves, because these are the principles that are inculcated during food hygiene training programmes,” she said.

Commenting on Twitter, Willie Liebrand said: “I am horrified when I see kitchen staff emptying bins wearing the gloves they use for preparing food.”

Anelich said food service establishments and supermarkets should stage “huge awareness campaigns” to explain their policy about gloves, whether they are worn by staff or not. “Today, with social media and websites, there is ample opportunity to communicate with consumers,” she said.

A study in the (US) Journal of Food Protection, conducted in a fast-food restaurant chain and comparing gloved and non-gloved employees handling different foods, found the bacterial counts were consistently higher in the foods handled by gloved employees.

The study noted that the “observed tendency” of food workers to wear the same pair of gloves for extended periods, along with complacency, could account for the apparent failure of gloves to reduce or prevent bacterial contamination.

The researchers concluded that: “Both food managers and employees prefer glove use because it is easier to check for compliance, though in practice, it has often been found that glove use provides a false sense of security because food handlers misuse gloves or neglect washing their hands when gloves are worn.”

You can travel during the school holidays, just heed government instructions

Schools countrywide have closed, with the department of health reassuring parents that their children can travel to rural areas for the holidays. ...
News
1 year ago

How to get #datafree information on coronavirus in SA