'Zoombombing' on its way out, plus tips on how to ace video conferencing and save data 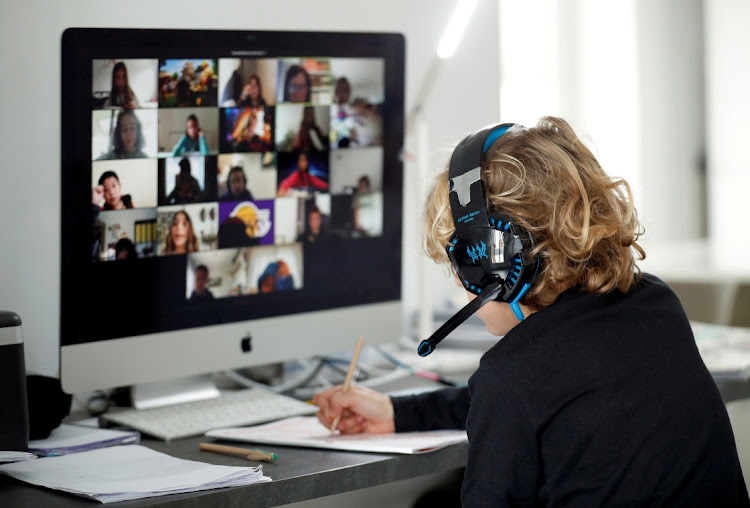 Microsoft Teams or Zoom are good for video conferencing but to save data, you can do a voice call from your phone on WhatsApp - which now works with up to eight people for voice and video.
Image: REUTERS/ ALBERT GEA

“Zoombombing” looks set to be a thing of the past — Zoom has just announced that it will soon allow all users of its videoconferencing software to enable end-to-end encryption, protecting conversations from all outside parties.

The security feature is currently restricted to paid users.

The company’s new security fix will require all those seeking access to a Zoom meeting to take part in a one-time process, prompting them for more information, such as verifying a phone number via text, Zoom CEO Eric Yuan said in a blog post on Wednesday.

Meeting via screen has clearly been a very steep learning curve for many.

The "new normal" may mean you can attend a meeting without leaving home or even getting out of your pajama bottoms, but mastering the technicalities and etiquette of virtual conferencing has proved challenging.

In Zoom, Skype, Microsoft Teams and Google Hangout meetings on screens across the land, there are those who clearly haven’t been told about mic muting or when and how to turn their cameras on and off, so Sally’s barking dogs drown out the MD’s announcement and everyone can see Vusi checking out his Twitter feed while sipping his coffee.

The global surge in the use of video conferencing in the past three months has been phenomenal - and Zoom has been the clear winner, according to app tracking website SensorTower. It shot up from 148th to become the top ranking app in SA in a matter of days.

But its lack of security has been more than a little problematic.

Choose your spot carefully: light source (preferably natural light) in front of you, not behind. And avoid sitting in a room with hard surfaces such as tiled floors and bare walls as they create an echo chamber effect.

Raise your computer camera to eye level - any box will do - to avoid looking down at it. Seldom a good look, especially for not-so-young.

Mute your mic as soon as you join a meeting, putting it on when requested or when it’s your turn to speak.

Find out beforehand whether it’s a camera on or off meeting - very important for the work-from-home squad.

It’s as inappropriate to eat, drink and get on with other work during a virtual meeting as it is in a face-to-face meeting. If you must, make sure your camera is off.

Look into the camera when speaking.

“Zoom has been hugely popular since the coronavirus lockdown, but its ease of use has come with significant security concerns.”

By far the most secure video conferencing platform is Microsoft Teams, Shapshak says.

While anyone on a free package can attend meetings, only those on a paid-for subscription can schedule meetings.

“If you are making a voice call from your phone, then WhatsApp tends to be the easiest — and now works with up to eight people for voice and video.

“The requirement is that everyone has to have the latest version of the app.”

And what about what the granddaddy of what used to be called “internet telephony” — Skype?

“Skype has a very helpful feature,” Shapshak says. “You can speak one language, say Russian, to a Japanese speaker and Skype will translate in real time.

“Bought by Microsoft years ago, Skype also has good security and governance, as does Microsoft Teams,” Shapshak says. “All of them work well across platforms — Windows, Mac, iPhones and Android smartphones — but Apple users might prefer to stick to FaceTime, which many argue is better for iPhone or iPad users.”

A Photoshopped nude picture of Zimbabwe’s President Emmerson Mnangagwa shared on WhatsApp has landed a husband and wife in trouble.
News
2 years ago

For we South Africans, who pay a relative fortune for data and fibre and have far slower internet speeds, the cost of connecting via screen is a major factor.

Bandwidth plays a huge role in video conferencing, as the platforms require constant packets of data being sent and downloaded in real time, unlike YouTube or Netflix where videos can buffer.

“The more people who are on the call, the higher that bandwidth requirement gets. The same goes for the amount of devices you have on your Wi-Fi at the same time,” Business Insider said. Their conclusion: “We found that Microsoft Teams or Zoom came out top. “But if you need to save on data, use WhatsApp.”

How to handle online returns, new airport rules & be aware of price hikes

In this new weekly segment of bite-sized chunks of useful information, consumer journalist Wendy Knowler summarises news you can use:
News
2 years ago

Smell a rat with an online sale? How to dodge a con

Beware! The demand for secondhand products online is uber-huge.
News
2 years ago

The Covid-19 pandemic has proved to be particularly financially disastrous for millions of South Africans in many ways. If ever there was an hour of ...
News
2 years ago