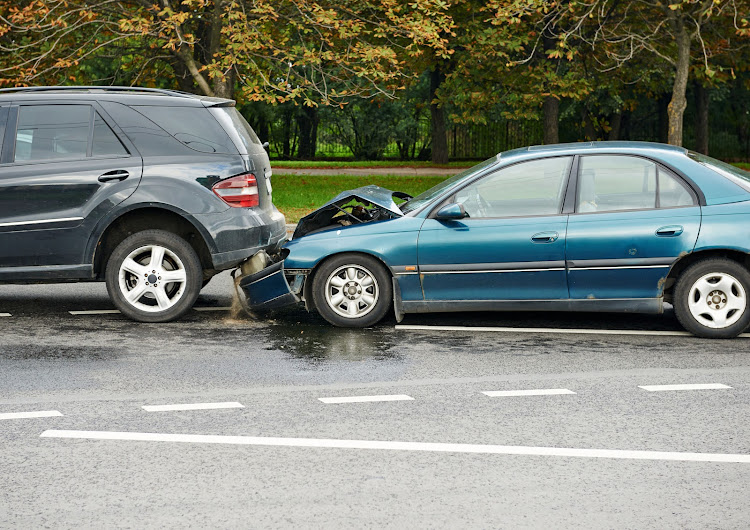 If you are involved in a car accident, make sure that you contact your insurer to arrange for your vehicle to be towed from the accident scene. You may be held liable for the towing and storage if you allow an unauthorised service provider to tow and store your vehicle.
Image: 123RF/Dmitry Kalinovsky

Have you told your insurer about your new normal?

If you’ve started conducting a business from home as a result of the lockdown, contact your insurer to tell them of your changed circumstances to avoid a claim being rejected on the grounds that you failed to inform them.

Insurance premiums are linked to risk, so insurers often say they were denied the opportunity to charge a premium to match the new risk, and thus refuse to honour the claim.

That’s one of several top tips shared by the ombudsman for short-term insurance (OSTI) this week.

The same goes for any other change in your life which could affect your cover and your chances of a successful claim, such as a move to a new address.

And if you’ve acquired a new cellphone in recent months, make sure you’re not still paying to insure your old one, meaning you won’t be paid out if something happens to the one you’re currently using.

Other OSTI tips: “If you are involved in a car accident, make sure that you contact your insurer to arrange for your vehicle to be towed from the accident scene. You may be held liable for the towing and storage if you allow an unauthorised service provider to tow and store your vehicle.”

I’ll add to that - some unscrupulous tow truck operators trick people into releasing their damaged cars to them at an accident scene by offering to call their insurers on their behalf for authorisation. They then pretend to call the insurer, and falsely claim to have got authorisation. Never accept such “help” after an accident.

Have your insurer’s accident number saved in your cellphone and make that call yourself.

Finally, if you haven’t paid your insurance premium - and you haven’t come to a “payment holiday” arrangement with your insurer either - you have no cover should disaster strike. The same goes for your monthly vehicle tracking fee.

I heard from a man this week who hadn’t paid his fee since March. When his car was hijacked last week, the company said sorry, no payment, no tracking.

Make sure the shoe fits

Before buying something from a store, make sure it fits. And if it’s a gift, tell the recipient to make sure it’s what they want before they start using it.

That’s because if a purchase is not defective, the retailer is not legally obliged to take it back at all.

Physical distancing is imperative, but this is why planes can be 100% full

“If the restriction on capacity was imposed across all airlines, we'd be forced to sell tickets at a higher cost to make flying viable,” says ...
News
1 year ago

It’s totally at their discretion, and they get to make the rules if they do take back non-defective purchases - such as insisting on proof of purchase, that the product is in a resaleable condition, and that it’s returned within 30 days.

“Rodney” was given a pair of expensive, big-brand shoes for Christmas, but he stashed them away and put them on for the first time only last month. It took him a few wears to realise they were too big for him, but the store refused to take them back. Understandably - they were worn and six months down the line, they’re old stock.

Not fitting you does not make a product not fit for purpose or defective. Only if a product you’ve bought in a physical shop is defective do you have the right to return it for your choice of a refund, replacement or repair.

But if you buy something online - meaning you couldn’t see, feel or try it on before making payment - you can return it for a refund. You only have seven days from delivery in which to do that, and the online retailer can legally require you to pay the return courier costs.

Are those rave reviews for real?

When I get a spate of complaints about a particular service provider, I usually check out their reviews on consumer review website Hellopeter and find a similar pattern.

What I also often find, interspersed with the really bad reviews, are some raves - praise of the highest order. The mix of one-star and five-star reviews gives the company an overall average rating, but it’s highly suspicious.

In almost all cases, when I’ve asked Hellopeter CEO Alon Rom to investigate, the raves turn out to be fake and are removed.

How do they know?

The platform has quite a few automated mechanisms to flag potentially fake reviews, including multiple reviews emanating from the same IP address, multiple reviews written about the same business within a certain time frame and patterns in e-mail addresses being used to register accounts.

When alerted to what seem to be improbable raves, the HelloPeter team asks those who posted them for paperwork, such as an invoice, to prove that they were a genuine customer.

In the case of the raves I reported last week, Hellopeter got no responses from those who’d posted the rave reviews, and thus they no longer appear on the site.

“We rely on the public reporting potentially fake reviews and we continue to invest heavily in automation to detect such behaviour,” Rom said.

“It has been four months since I have been paid. I will be forced to close my restaurant, which I have given the past 25 years of my life to, if they ...
News
1 year ago

Beware the UIF application con, advice on banking charges & when to shop