Relief is welcome, but it's a drop in the ocean as businesses bleed 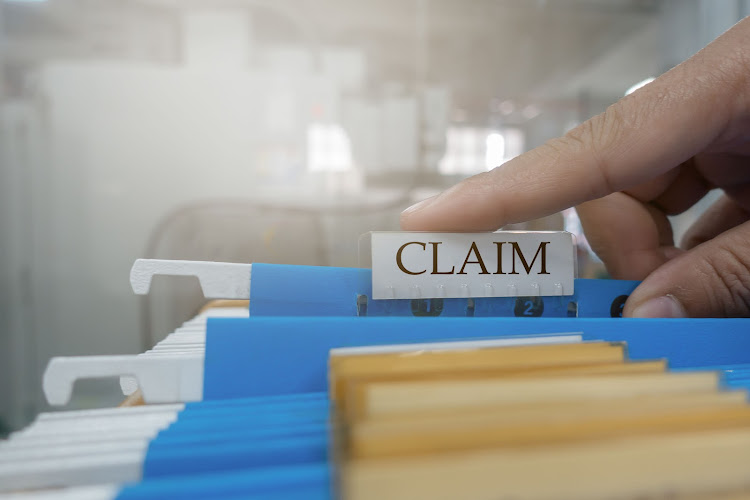 Insurance Claims Africa chief executive Ryan Woolley said from what ICA had seen of the insurers’ offers, 'it appears the size of the interim relief is a small percentage of what the claimants are owed'. Stock image.
Image: 123RF/manopphimsit

So says Meg Fargher, of Budmarsh Country Lodge, in response to the news that Santam would pay “interim relief” to its qualifying business-interruption clients while it awaits a court decision on whether its rejection of claims related to Covid-19 claims is legally justifiable.

Four weeks ago, at a virtual press conference hosted by loss-adjustment firm Insurance Claims Africa (ICA) and the Tourism Business Council, an emotional Fargher told how the Magaliesburg-based lodge she and her husband Ken established couldn’t survive for much longer.

“We have no cash and no income. We owe our creditors R600,000 and Eskom is threatening to cut our electricity. What do we say to our staff? They don’t understand there is simply no money left. Should we tell them to go and ask Santam?” she said.

A month later, the regulators — the Financial Services Conduct Authority and the Prudential Authority — went to Santam and its competitors and had a chat about their rejection of claims submitted by hospitality clients who had business interruption “extension” policies, including cover for contagious or notifiable diseases.

“This follows continued pressure from ICA on the insurers, the regulator and government through direct engagement, targeted litigation and the intense media campaign we have led to highlight the unfair and irresponsible behaviour of your insurers,” ICA chief executive Ryan Woolley said in a letter to the about 500 businesses the firm represents.

“The insurance sector’s reputation is being tarnished by their continued refusal to honour your claims.”

Santam and its competitors, including Hollard, Guardrisk and Old Mutual, have consistently maintained it was never the intention of the extension to provide cover for a pandemic affecting the whole of South Africa, but rather cover for a business that is shut down directly as a result of a contagious disease.

Santam’s R1bn relief equates to 70% of two months’ value of the sum insured by its policyholders in question — “the two months being the period when most businesses were impacted by the restrictive trading environment imposed by the levels 4 and 5 lockdown in the country”, the insurer explained.

The relief payments will be set at a minimum of R25,000 and a maximum of R1.5m for individual policyholders, mostly small and medium-sized businesses.

If the claims are ultimately successful, the “relief” will be deducted from the settlement. If not, Santam won’t ask for the money back.

“We do this with joy in our heart,” said Lambrechts.

Asked about the timing of the gesture, Lambrechts said the company had been naive in thinking legal certainty would “come through earlier”.

“These clients are bleeding now. They can’t survive. We are not heartless people who do not care,” she said. “We understand we need to do something now.”

However, Santam stressed the relief it will provide during the first week of August is not an indication that it has changed its stance.

“We remain confident in our interpretation of our policy wording as it pertains to our cover,” Lamprechts said.

The high court in Cape Town recently disagreed with Guardrisk’s interpretation of its “infectious diseases extension” on its business- interruption policy, on which it relied when rejecting a claim filed by Cape Town restaurant Cafe Chameleon.

Judge Andre le Grange ordered Guardrisk to settle the claim, but the insurer has since appealed the decision.

Commenting on Santam’s relief offer, Fargher said while she was pleased to see “some movement”,  it was “not sufficient to address the significant pressure the hotel industry is feeling and which has caused many, many people to lose their jobs”.

“At times of great crisis, a more enlightened view of the insurers’ responsibilities would have seen them act proactively and of their own volition, rather than seeking relief for themselves from media and regulatory pressure.”

Hollard has also announced it will pay interim relief to qualifying policyholders.

Hollard client, the Happy Wanderers holiday resort on the KwaZulu-Natal south coast, which employs 67 people, said the insurer had offered to pay its loss of turnover during lockdown level 5 up to R200,000.

“Our claim is more than R1.9m. Unfortunately R200,000 doesn’t even cover our wage bills for a month and, as such, this doesn’t put a dent in our losses over the past four months, nor does it assist us with future losses for the remainder of the currently indefinite lockdown period.”

Woolley said from what ICA had seen of the insurers’ offers, “it appears the size of the interim relief is a small percentage of what the claimants are owed”.

“To term this a lifeline would be an exaggeration,” he said.

If you’ve started conducting a business from home as a result of the Covid-19 lockdown, contact your insurer to tell them of your changed ...
News
1 year ago

Insurance Claims Africa has welcomed the Financial Sector Conduct Authority's pronouncement that the lockdown cannot be used to reject insurance ...
News
1 year ago