Watch-outs of the week: travel pains, bank fraudsters and a false sense of security with warranties

Your weekly segment of bite-sized chunks of useful information 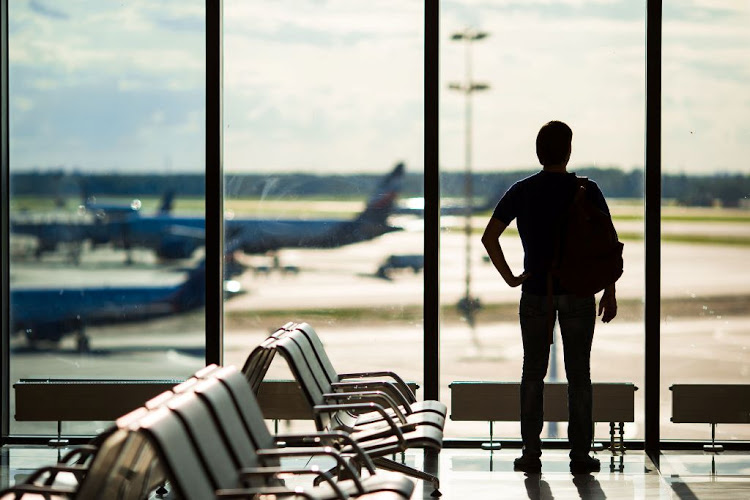 Make sure you use the correct website when booking flights, or risk paying for unnecessary extras.
Image: 123RF / Travnikovstudio

Adele wanted to book a flight from Durban’s King Shaka Airport to Jo’burg’s Lanseria Internatinal Airport for later this month, but instead of going directly into the website of her preferred airline, FlySafair, she did a Google search for flights on that route.

Then she clicked on the top hit - eSky - and booked the tickets.

“Because I’ve happily used Travelstart in the past, I thought I would get a very well-priced ticket,” she said.

The cost was R1,631, which included an extra cost for online check-in, done by the passenger as a free service offered by the airline. What a cheek!

On top of that was a R32 “cross-border transaction fee” charged by her bank because eSky is based overseas.

The number of passengers using South African airports dropped from millions a month in the past five years to a few hundred thousand during lockdown, ...
News
6 months ago

“When I double-checked the Travelstart flight price, it was R1,268,” Adele said.

“How can I get this transaction reversed and my money back?” she asked.

eSky would no doubt not be keen to do that, and lose their big mark-up, so Adele learnt a fairly expensive lesson about flight bookings, shared here as a big Watch Out.

Incidentally, when I ran this case past FlySafair, I was told Adele would have paid R475 less if she’d made that booking on their website, so, with that bank fee, she overpaid by R507.

About that warranty replacement

A warranty is a comforting thing to have. If something goes wrong with a product you bought within the warranty period, you can opt for a replacement, right?

Yes, but that replacement doesn’t restart the warranty clock - it inherits what’s left of the warranty remaining on the original item.

Most consumers assume the replacement comes with a full warranty, and are very indignant when told otherwise.

In Frik’s case, the product was a car battery. When his needed replacing during the warranty period, “they refused to give me a new guarantee on the new battery."

“They claim the new battery is only covered until the ‘old guarantee’ expires," he said.

Michael received the same unwelcome news when his FitBit watch malfunctioned for the fourth time due to a motherboard failure.

“Given the history of the watch, I emailed the manufacturer to ask what would happen if it malfunctioned again after the latest one-year warranty had expired, while I was still paying off the watch.

They wanted a refund for their airfares, but instead ended up being on a very long list of Comair’s creditors in the company’s business rescue ...
News
6 months ago

“Is there some sort of action I can take against this?” he asked.

Here’s how former Consumer Goods Ombud Neville Melville explained it to me a few years ago: "A warranty is a term to a contract. In the case of a car battery that it will work, for example for two years, failing which they will fix or replace it. The consumer gets the use of the battery for at least two years.

“If this were not the case, it would be as one retailer claimed to us: that they provided shoes for a child throughout his school career because each consecutive pair developed a defect just as it neared the end of its warranty period.”

I’ve issued several warnings about credit card fraud by phone call, but many people, mainly elderly folk, are still falling for the scam, so I’m repeating it.

How it works: fraudsters armed with people’s names, cell numbers, and often their credit card numbers too, call them and pose as employees in a bank's fraud department, telling them they need their help to stop fraudulent transactions going through their account.

Pushing the credit card holder into a highly anxious state, the fraudsters then trick them into reading out their bank details and One Time Pins (OTPs) sent by their banks to their cellphones - all the fraudsters need to spend on the card.

Last week a Cape Town-based trust and investment management company issued a warning about this to its clients, revealing that some fraudsters manage to convince their victims to give them complete access to their computers via TeamViewer.

“One client was asked to log into her bank account, where they were shown a screen which had a number of fictional attempts to draw funds from their account,” the company said.

“The fraudsters advised the client to immediately move money into ‘the bank’s secure account’, and that’s how they managed to defraud that client - and others - of substantial funds, as well as gain access to their computer, where they were able to hack their email.”

Genuine bank officials never ask their clients to reveal their PINs. If you receive one of those calls from “your bank’s fraud department”,  hang up immediately and then call your bank from a number pre-saved in your phone to check.

• GET IN TOUCH: You can contact Wendy Knowler for advice with your consumer issues via e-mail: consumer@knowler.co.za or on Twitter: @wendyknowler

Leather hides are not identical, so if buying furniture based on a showroom sample, you may be disappointed
News
6 months ago

Under fire from passengers for being lax about passengers not conforming to mask wearing regulations on board their flights, Flysafair this week ...
News
6 months ago

Watch-outs of the week: treat every e-mailed invoice with suspicion

In this weekly segment of bite-sized chunks of useful information, consumer journalist Wendy Knowler summarises news you can use
News
6 months ago
Next Article