Why did baby wipes have such a bad whiff?

J&J’s not saying, but they’ve cut off the source and are offering refunds 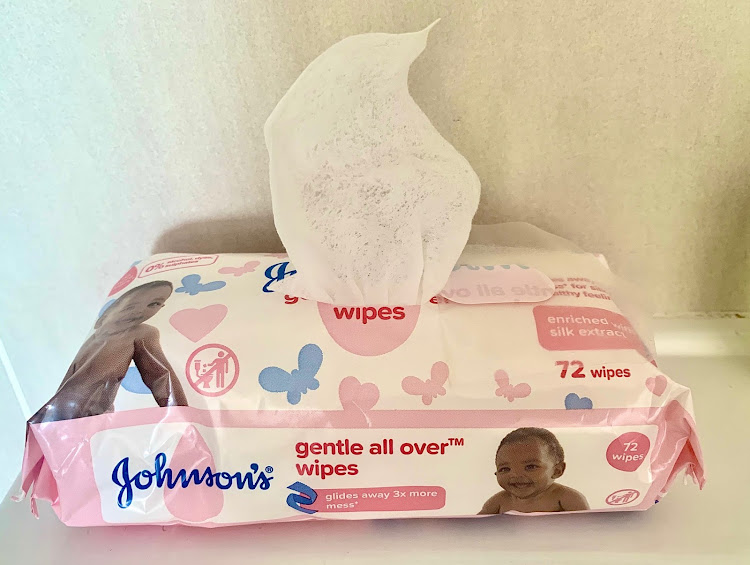 The writer bought a pack of the wipes in question and can confirm the smell to be distinctly unpleasant, requiring hand washing after use.
Image: Wendy Knowler

Whatever caused a batch of Johnson & Johnson baby wipes on the SA market to smell “off" - resulting in many parents turning up their noses at the “pink pack” - the company is not saying.

Parents started to complain about the smell three months ago, with some describing it as "old and musty” and one likening it to “damp towel”.

Several questioned whether the wipes were safe to use on their babies.

“I am so disappointed,” Kerena Mothilall said on Facebook.

“I purchased the box that contains six packs. They are terrible, both quality and smell, but the store refused to take back the box because it is open. I get nauseous when using these wipes for my baby.”

Patricia Govender was particularly outraged, mostly at J&J’s response to customer complaints about the “Gentle All Over Wipes” in the pink pack.

“My family and I have been using J&J products for many generations, and I still enjoy your other products that smell (usually) absolutely heavenly,” she said.

“So you must understand the disappointment I and many other consumers are trying to express (about the current batch).

"Are you down playing the horrendous smell? And saying your consumers should pay full price and just deal with what you call a ‘minor unexpected odour’?

“What steps have been taken to prevent this from happening in the future when it is evident from the batch numbers  this is still ongoing?”

Responding about three months ago to a Facebook query from a mother who was battling to find the product, J&J said: “Due to the unexpected increase in sales during this time, we are working to restock the market as quickly as possible.”

Asked where the current stock of the “pink pack” wipes on the SA market were sourced, and why the smell was such a radical deviation from the usual fragrance, J&J told TimesLIVE: “We have temporarily stopped shipping Gentle All Over Wipes.

“This is out of an abundance of caution in response to some reports from consumers of an uncharacteristic odour associated with the product.

“We take our commitment to product quality extremely seriously and are working quickly to complete a full review.”

There were no “safety concerns” about the product, the company said, so consumers can continue to use it.

The writer bought a pack of the wipes in question and can confirm the smell to be distinctly unpleasant, requiring hand washing after use.

“Any remaining stock of Gentle All Over wipes is safe to use as normal. However, we understand some consumers may not wish to use the product until the problem is resolved, and we have put a refund process in place,” said the company.

Those wanting refunds should email consumer-za@its.jnj.com.

“We would like to apologise to our consumers for not meeting their usual expectations and reassure them that they can claim a full refund by contacting our consumer care team.”

TimesLIVE repeatedly sent several follow-up questions about where the offending batch of wipes were sourced, whether or not remaining stock will remain on sale and where and when replacement stock will be sourced, but no responses were forthcoming.

When it comes to buying a pink pack of J&J baby wipes, consumers will have to take a chance on the smell.

• GET IN TOUCH: Wendy Knowler specialises in consumer journalism. You can reach her via e-mail: consumer@knowler.co.za or on Twitter: @wendyknowler

In an accident, or missed an insurance payment? Here’s what you need to know

In this weekly segment of bite-sized chunks of useful information, consumer journalist Wendy Knowler summarises news you can use. Today’s warnings ...
News
1 year ago