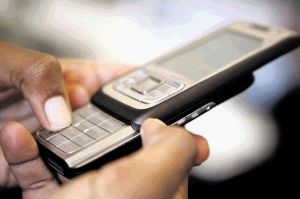 Sales agents are legally and morally obliged to very clearly point out to people with existing contracts that they are selling people a second contract with the same network.
Image: MARIANNE SCHWANKHART

’Tis the season for gyms to lure the “shape up for summer” crowd into signing a contract. A gym contract is often the first contract a young adult signs, and many of them make the mistake of trusting the sales person and signing blind.

The “just sign here for the free trial” line catches them, and later they find out they’ve committed themselves to a membership of 12 or 24 months, and that to escape it, they have to pay a cancellation penalty of several thousand rand.

Fit for purpose: The cost of your gym payment freeze

Scores of Virgin Active members who were expecting their membership fee freeze to continue for another two months are irate at having their bank ...
News
1 year ago

The advice is never put your signature to anything without reading every word on those pages first. And then if you aren’t given a copy of the document there and then, whip out your phone and capture every page, so that you have your own record of what you signed, and any later additions or alterations will be apparent.

It’s not a 'phone upgrade' - it’s a second contract

Staying with the “careful what you commit to” theme, beware of calls from cellphone networks and their marketing partners offering you a “phone” upgrade.

In September, Lyndsay of Durban got one of those calls from a cellphone service provider she already has a contract with. “I asked if it was a marketing call, as I always do, and was told it was a ‘phone upgrade’.

“I thought it a bit strange as it was about a month too early but I continued with the call and the woman went on to give me different phone options and prices.

“A brand new contract and a phone upgrade are two different things in my mind and I feel that I have been totally scammed into agreeing to a second contract which I would NEVER have gone for, had I known this was not my standard upgrade.

“The end result is that I have ended up with two contracts, two phones, two cell numbers and a hefty bill to pay. I have tried endless times over the past three weeks to get this sorted out but am just going around in circles.”

ATM costs, bullying calls and car service - what you need to know

In this weekly segment of bite-sized chunks of useful information, consumer journalist Wendy Knowler summarises news you can use.
News
1 year ago

I will be asking for that marketing call recording to be retrieved and if it proves Lyndsay’s version of events, I’ll argue that the second contract be cancelled.

Sales agents are legally and morally obliged to very clearly point out to people with existing contracts that they are selling people a second contract with the same network.

The loneliest walk: hiring an airport car at night

This warning was prompted by a woman who landed at Cape Town International at night recently.

“Retrieving my rental car was one of the most unsafe things I have done this year,” she said. “The walk was lonely in the dark. They did not even try to accompany me into the unlit, deserted car park.”

There’s another problem with that - when you take possession of a rental car at night, it’s very difficult for you to spot any pre-existing damage which is not marked on the paperwork, which means you could be held liable for it when you return the car. It happens, often!

So insist that a rental company employee accompanies you to the car at night, and waits while you activate your phone’s flashlight to look for scratches and dents. If you find any that aren’t already noted on the company’s form, tell the employee to add them. It’s worth the trouble, trust me.

WENDY KNOWLER | Money or the box? Bank tries to dodge paying out heist victims in full

Broadcasters may no longer air advertisements from the company which owns what it claims to be “South Africa’s number one slimming brand”, Herbex, ...
News
1 year ago