Is your funeral policy legit, know how to buy a wedding dress & don't slip up 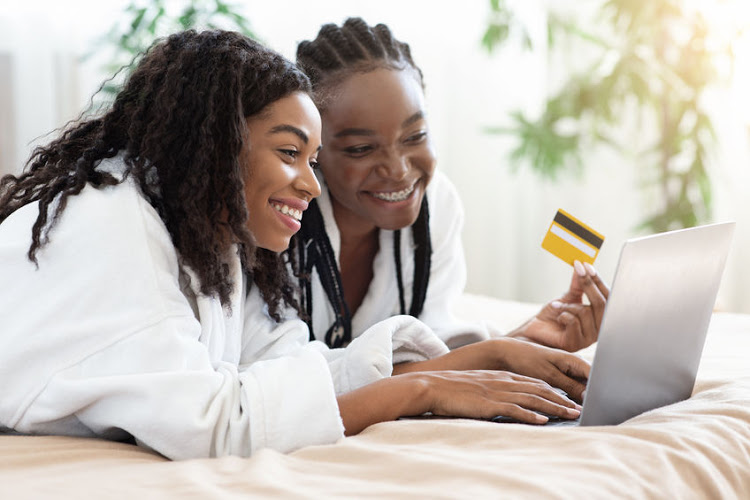 Before you say yes to the dress, ask all the pertinent questions - and make sure that you have very strong evidence of what you ordered, in case you get something different.
Image: Supplied/Milkos

Are your funeral policies legit?

Many are not aware that those selling funeral policies have to be registered with the Financial Services Conduct Authority (FSCA), because sadly it’s not unusual for funeral parlours to sell policies without being underwritten by a registered long-term insurer.

When the FSCA investigated Dikwena Funeral Parlour, which has a total of 12 branches in Gauteng and Mpumalanga, it found that the company had “deliberately” failed to ensure that all its clients were underwritten by a registered long-term insurer — a contravention of the Long-Term Insurance Act.

Hotels and guest houses across SA were thrown into panic mode on Tuesday, thanks to a “drafting anomaly" in the revised Disaster Management Act ...
News
4 months ago

On Friday, the authority announced that it has imposed an administrative penalty of R3.9m (inclusive of costs) on Dikwena, withdrawn its licence and debarred its sole director Simon Mahlaola for a period of 10 years.

How to make sure you say yes to the right dress

Many couples get engaged during the festive season, and come January, the bride-to-be starts her hunt for the perfect dress. A word of caution — before you say yes to the dress, ask all the pertinent questions, and make sure that you have very strong evidence of what you ordered, so that if you get something different, you’re able to prove it.

If you are ordering from a bridal company’s catalogue, or website, before you pay that deposit, take detailed photos or screenshots of the design and detail on the dress, and ask specific questions about, for example, the length of the train and the quality of the lace and beading.

If you try on a sample dress, take lots of photos of it, from all angles, in good light, and lots of close-ups of the details.

Some companies import dress samples from abroad and then get local seamstresses to run up knock-offs of them.

If the staff discourages or forbids you from taking photos, go elsewhere.

And if you do pay a deposit on the dress “still to come from overseas”, don’t pay the outstanding balance until you’ve seen the dress.

Don’t slip up with that slip!

I’ve said it before, but given December’s spend spike, it warrants repeating: keep your receipts!

Save them in a designated drawer or box or on a spike, even, but be able to find them when you need to return something you don’t want any more, or something that’s broken.

If there’s nothing wrong with what you’ve bought, you have no legal right to return it, much less for a refund, but most stores will take it back for an exchange or credit — provided you have proof of purchase.

And in good news ... Standard Bank has fully reimbursed the estate of the pensioner defrauded in a vishing scam
Opinion & Analysis
4 months ago

Not trying clothes on before you buy, plus not saving your receipt, is a combo that will cost you, sooner or later.

Sara bought two dresses from Edgars at a total cost of R1,900, two months ago, without trying them on. At home she discovered they were both too small, so she took them back to the store, tags still attached, and asked for a refund. (Retailers are not obliged to issue refunds for non-defective purchases, even if they are in a resaleable condition and the consumer has proof of purchase.)

“They refused to refund me,” she said. “Then I asked if I could exchange them for a bigger size, and they refused that too because I did not have the slip.”

She tried to obtain a copy of the till slip. “They said they would e-mail it to me and despite following up numerous times, I have not received it.”

Two months on, those dresses are now regarded as old stock: most retailers allow just 30 days for the return of unwanted purchases.

“What options do I have?” Sara asked me. No legal ones, unfortunately.

I do think it’s a bit mean of retailers to refuse to take back unwanted purchases from accountholders, as their systems reveal what they bought and when. So Sara, an Edgars accountholder of some 30 years, should have been shown some grace, in my opinion.

But the point is no retailer is legally obliged to take back a “change-of-heart” non-defective purchase.

So try clothes on before buying, and treat your receipts as you would banknotes.

The ruling means motorists can choose their own independent service or repair providers, if they wish to, without their warranties being voided.
News
4 months ago

Competition Commission: Woolworths and other food retailers scored from the lockdown

The nationwide lockdown spelt empty pockets for many South Africans as informal and formal businesses shut down and jobs were shed.
News
4 months ago
Next Article