Nice for some: Short-term insurance industry makes record profits, thanks to the pandemic 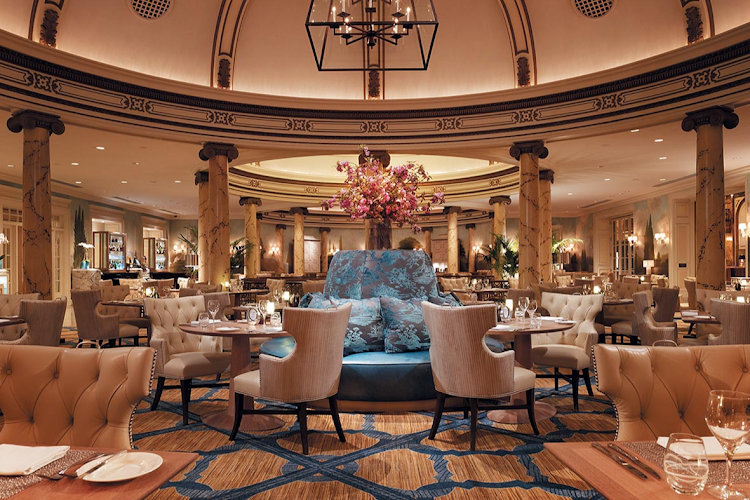 The coronavirus pandemic has proved to be very lucrative indeed for SA’s short-term insurers, yet some remain loathe or very slow to pay business-interruption claims to clients who have been crippled by the series of restrictive lockdowns.

This emerged at a media briefing hosted by Insurance Claims Africa (ICA), a specialist public loss-adjuster representing about 850 claimants in the tourism and hospitality sector in their battle to get large insurers to pay out on business-interruption claims.

The company commissioned research aimed at establishing whether the short-term insurance industry was in a sufficiently sound financial disposition to afford business-interruption claims.

The resultant report — by Dr Roelof Botha, economic adviser to the Optimum Investment Group, and Keith Lockwood from the Gordon Institute of Business Science — reveals that the industry is not just financially sound but has in fact made record profits since the start of the government-imposed lockdowns last March.

In stark contrast, their customers, whose business-interruption claims were contested from the start, are in a desperate battle to survive. Many have been forced to close.

“It’s mind-boggling that insurers are so hesitant to pay [business-interruption] claims,” Botha said. “It’s not morally or economically justified.”

Lockdown only exacerbated the problem of insurers not doing the right thing. Here are some cases the ombud ruled on
News
1 year ago

In their report, the economists say several non-life insurers have claimed publicly that the sector is experiencing “negative economic growth” and that economic uncertainty is unprecedented.

“This is rather disingenuous when the most authoritative and up-to-date indices of business confidence, based on quantifiable data, tell a completely different story.”

On the whole, the short-term insurance sector performed “exceptionally well” in 2020, Botha said.

“Though a temporary spike occurred in the claims ratio during the fourth quarter of 2020, short-term insurers have largely benefited from significantly reduced claims (other than business-interruption claims), mainly due to working from home having become the new normal for so many.”

ICA CEO Ryan Woolley said it’s not too late for insurers to redeem themselves by finalising CBI claims “quickly, ethically and fairly”.

“We are urging insurers to make interim payments to customers while they resolve the current bottlenecks within their systems that are preventing payments,” he said.

“For too long now, we have watched claimants struggle to survive financially — and I can only hope that the board members and shareholders of these insurers are alive to the difference between their financial positions compared to that of their customers.”

He accused some insurers of continuing to frustrate the process. “We are finding that insurers are adopting long, overly pedantic processes, and doing everything in their power, it seems, to delay payments.

“We are very concerned about some insurers attempting to limit the quantum that is due to policyholders, yet they have been sitting on the funds for over 14 months, earning interest.”

While some are making progress, two things are certain - they’ll want to see minimised risk and premiums will go up
World
1 year ago

Hollard SA was singled out by Woolley as being the most “fair and balanced” in its approach to resolving business-interruption claims, with both Old Mutual and Factory & Industrial having also come to the party lately.

“However, with Santam the process continues to be frustrating, with the insurer working through its lawyers to avoid liability for large claims in its hospitality & leisure division,” Woolley said.

“Insurers need to stop greenwashing their response to this crisis. They have done very little to demonstrate that they have their customers' interests, and not their own profit margins, at the heart of their decisions.”

In early January, Santam announced that it would start assessing claims for those of its clients who had been paying for hospitality and leisure policies which include business interruption.

The claims in question were those affected by the judgment in the Western Cape High Court in the case between Santam and Ma-Afrika Hotels and The Stellenbosch Kitchen, and the judgment of the Supreme Court of Appeal (SCA) in the case between Cafe Chameleon and Guardrisk Ltd, including claims previously rejected by Santam in the months after the national lockdown of late March 2020.

The previous month, Guardrisk and Hollard had committed to paying their clients’ business-interruption claims, in light of the SCA dismissal in favour of Cafe Chameleon on December 17. But Santam said it still intended to appeal the judgment of the Western Cape High Court in the Ma-Afrika case, specifically with respect to the indemnity period.

The indemnity period refers to the number of months’ lost income the insurer is obliged to pay, with Santam arguing that its policy wording restricted that to just three months.

The appeal will be heard on August 26.

Online grocery shoppers have had a trolleyful of ‘rotten’ service

If you shop for such items from home, pull up a chair for a long wait because retailers are not coping with demand
News
10 months ago