Durban consumers cry foul over food prices — but was it profiteering?

Complaints also lodged against FlySafair over R3,000 one-way flights out of Durban as riots and looting set it 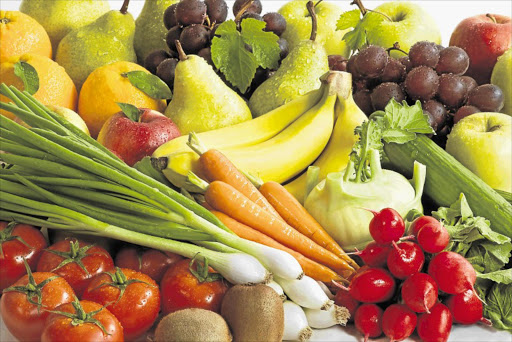 Shop owners in KZN have been accused of unfairly increasing prices after the recent looting caused severe shortages of food and basics.
Image: File image

“We are in a life and death situation with the food shortage,” she told TimesLIVE. “Price hikes at our small local stores in Chatsworth are shocking.”

The KZN economic development, tourism and environmental affairs department said it has received complaints from consumers about the alleged gouging of prices by some businesses, and that its consumer protection unit was investigating.

“Where wrongdoing is found we will not hesitate to take action, which may include fines against those businesses,” said MEC Ravi Pillay.

“This cannot be a time for profitmaking. We are calling for a patriotic contribution to the national effort to recover and rebuild. Excessive profiteers are warned that the law provides for severe punishment. We will also publish offenders with the consequence of reputational risk.”

Consumers are invited to e-mail consumer.complaints@kznedtea.gov.za with proof of prices paid for essential foods.

WENDY KNOWLER | Shopkeepers join in on the looting with price gouging

Regulations published under the Disaster Management Act last March, in response to claims of excessive increases in the price of face masks, hand sanitiser and other Covid-19 “essential goods”, prohibit “dominant firms” from selling essential goods and services at excessive prices during the state of national disaster which persists.

The price regulations restrict companies to a maximum 10% increase in their profit margin during the pandemic.

While the current pricing allegations are unrelated to the pandemic, a Competition Commission spokesperson told TimesLIVE that consumers could report alleged food price gouging to the same hotline: 0800-014-880.

The “dominant” stores in the latest pricing allegations have fiercely denied any profiteering.

A franchised Pick n Pay store in Phoenix, north of Durban, was selling 5l of sunflower oil for R220, among other goods at inflated prices, which had outraged locals pointing out that the stores in that area had been protected from the looters by the local community.

Pick n Pay told TimesLIVE that after supply chains were severely disrupted in KZN last week, some of its franchised stores “bought goods outside our distribution network”.

“Unfortunately, they had to pay higher prices than usual, which was reflected in selling prices in a few instances. Our operational teams have worked night and day to get Pick n Pay supplies into the affected areas, and the stock situation is improving hour by hour.

“We have therefore asked our franchisees in KZN to source essential goods from our own supply chain, rather than buy outside. This will prevent cases of site-specific prices, and ensure that customers benefit from Pick n Pay’s stable and responsible pricing,” the company said.

Yashika Mohumlal accused Starwood Spar in Phoenix of “inflating” their prices last Wednesday. She and her husband queued for five hours to get into the store that morning, where they found many prices had been removed from the shelves.

Only when they got home did they see they’d been charged “very high” prices for some goods, she said, such as R44 for 2.5kg of self-raising flour.

Durban bakery to probe inflated bread prices, some as high as R40 a loaf

BB Bakeries will launch an investigation into inflated bread prices which Durban residents claim they have been forced to pay by the company's truck ...
News
9 months ago

The store’s operational manager, Anil Singh, told TimesLIVE that last Wednesday was the first day the store had opened since the weekend.

“The distribution centre was not delivering, so we were told all promotions must stop, and our entire stock reverted to normal Spar prices. Usually Wednesday is our crazy 'market day' with special prices, so many of our customers thought they were being ripped off,” he said.

Singh said he was willing to have the store’s prices audited to prove that it wasn’t a case of profiteering.

“All we did was resume normal pricing and limit sales to one of each item,” he said. “Our decisions were based on servicing the community, not profiteering.”

Premier Foods issued a statement saying “with regard to price hikes and bread being sold to the public directly out of trucks”, its bread price had not changed, and the company committed to investigating cases of its bread being sold at inflated prices.

Information, with proof of purchase, if possible, should be e-mailed to customercare@premierfmcg.com.

TimesLIVE has had sight of a receipt from a “garage shop” in Amanzimtoti, revealing the sale of a single loaf of BB brown sandwich bread for R25 on July 15. The usual retail price, said Premier Foods, is between R12 and R15.

FlySafair denies overcharging for flights out of Durban

Meanwhile, FlySafair charged more than R3,000 for some one-way tickets out of Durban last week when demand soared.

“That’s an average of R3,302 per person,” she said, excluding luggage.

“At the airport we met another passenger who paid just R816 in total for his ticket on the same flight.

“I have checked all flights over the next 10 days and the highest price is at R821 at the moment. I really think FlySafair took advantage of the fact people were desperate to leave Durban during the unrest,” she said.

Responding, FlySafair’s chief marketing officer Kirby Gordon said the airline was comfortable that it had not fallen foul of any anticompetitive laws “in word, or spirit”.

“While some final tickets on the pricing scale were going for over R3,000, there were also people sitting on seats that were far less expensive than that, bringing the average cost of an occupied seat down to a far more reasonable average,” he said.

“With the exception of Saturday’s flight which was only 90% full, all others were at capacity.

Domestic airline Safair said on Thursday it would be sending bread and other essential food to KwaZulu-Natal while laying on extra flights to cater ...
News
10 months ago

“As is always the case, some of those cheaper seats were actually well below the operating costs — in other words, loss-making, so there was no betrayal of the model that is always in play.

“No punitive measures were imposed on these particular flights.”

Conceding that it was a particularly high-demand period, Gordon said the money made per seat was less than what the airline made in normal high-demand circumstances, compared to the average price per seat in the December peak in 2016.

“The nature of pricing in aviation is that we have to achieve higher prices in some periods to offset the losses in lower periods. This month to date on that route our average cost per seat is dismal, and if you factor in the return leg — an aircraft has to fly in to fly out — it’s all loss making.”

Rather than sit back and take advantage of higher prices on those outbound Durban flights, he said: “We actively sought to add additional capacity into the market which serves to up the supply and bring down the prices.

“Fortunately we had capacity available to do so — in ordinary circumstances when all capacity would be deployed, this may not have been an option.”

In addition, Gordon said, FlySafair offered 500kg of free cargo on every flight into Durban between last Thursday and Monday this week for aid and relief.

“In total that equated to 22 tonnes of food, medicines and other essentials that we carried in. We also offered local businesses who were cut off because of the closed highways preferential rates on air cargo to support them.

“We moved 97 tonnes at a tiny margin above cost for these people.”

Santam had registered 21 motor and 167 non-motor claims stemming from mass unrest and looting in Gauteng and KwaZulu-Natal by Wednesday.
News
10 months ago

Additional security measures were in place at Gateway Theatre of Shopping in Umhlanga, north of Durban, on Monday amid fresh threats of looting, ...
News
9 months ago

A Durban tuck shop owner has written off about R8,000 worth of debt to allow her customers to "heal" and move forward financially after the unrest ...
News
9 months ago