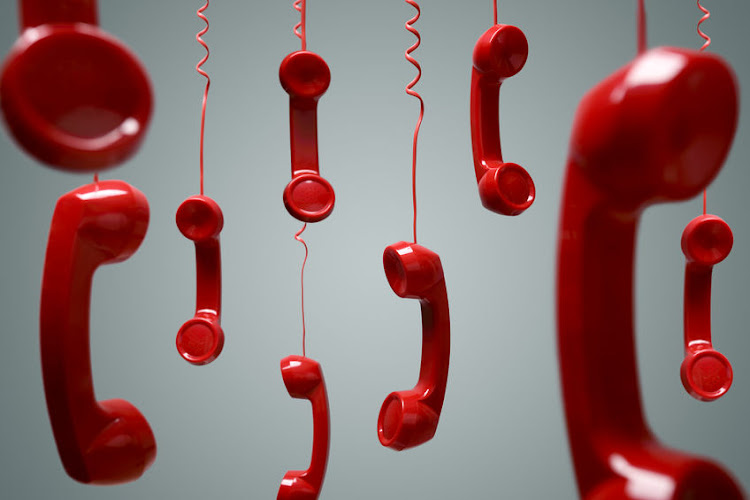 The director and four employers of a registered debt collecting firm have each been fined an effective R110,000 by the Council for Debt Collectors for a “myriad” of “extremely serious” contraventions.

All had fallen for the “just sign the form to confirm your Telkom directory listing” scam.

The form in question’s tiny print committed them to paying around R8,300 upfront for including their business details in an online private business directory for a year.

The invoice was e-mailed to them shortly after they believed they had confirmed their bold listings in respective Telkom directories, having been verbally assured it was a free process.

When they refused to pay, Laflar Collections’ harassment began, and the amount owing increased rapidly with fees and interest.

The Council for Debt Collectors’ hearing ran for two months, with 86 witnesses, mostly small business owners — including a hair salon, a service station, a medical practice, a plumbing business, courier service and a guest house — giving evidence on 323 charges.

Investigators said Laflar Collections either knew or had to have known the signatures on the forms were obtained fraudulently “and that by continuing with attempts to collect on non-existing debt they were complicit in a fraudulent scam/operation”.

Gouws stopped short of making a judgment on the claim that Laflar Collections and the company which perpetrated the scam were one and the same due to a lack of conclusive evidence.

Several witnesses said they had spoken to people with the “directory company”, who had falsely claimed to be from Telkom, and recognised them as being the same person they spoke to when dealing with Laflar Collections.

“When confronted with this,” the judgment read, “the person immediately dropped the call.

“It is also noted that in a number of e-mails, similarities were found in the e-mail signatures used by Laflar Collections and the alleged creditor.”

Despite repeated threats of judgments, executions, the removal of property by a sheriff of the court and “blacklisting” — all of them in writing — not a single business owner who testified had received a summons to appear in court in respect of amounts allegedly owed, Gouws said.

The Laflar Collections’ director and employees have been found guilty of threatening legal action, including attaching the property of business owners, and “blacklisting” them but not following through, claiming legal fees to which they were not entitled, excessive harassment, demanding inflated amounts and a long list of unprofessional conduct.

None of the respondents attended the hearing.

Several witnesses said they had laid criminal charges with the police.

Each of the Laflar Collections respondents were fined a total of R155,000, of which R45,000 was suspended for periods on condition they are not found guilty of “similar misconduct”.

Huge quantities of discarded trolley wipes are being recycled into plastic crates.
News
1 month ago

Even if you didn’t sign the contract with the school, if you’re a biological parent, you are jointly responsible for paying fees
Opinion & Analysis
1 month ago

Be warned, it makes a big difference if it’s less or more than six months since you made your purchase
Opinion & Analysis
4 months ago