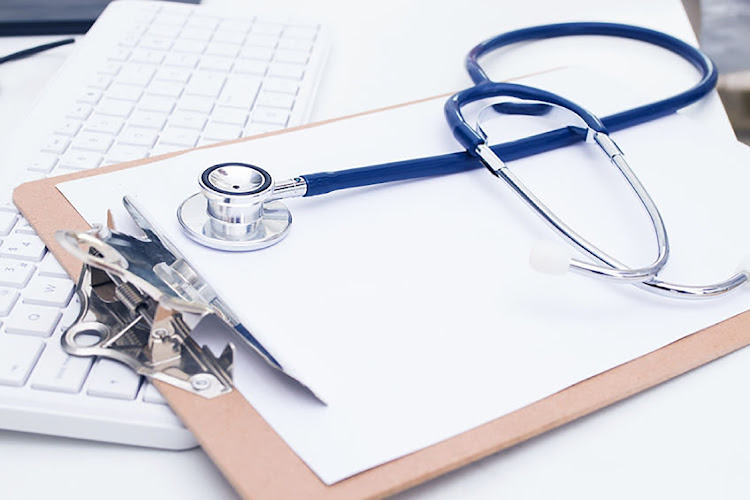 If you’re feeling the pinch and considering taking a break from 'medical aid' payments, it could turn out to be a costly decision, even if you don’t suffer a medical calamity.
Image: 123RF/Prudencio Alvarez

If you’re feeling the pinch and considering taking a break from “medical aid” payments, it could turn out to be a costly decision, even if you don’t suffer a medical calamity.

That’s because the Medical Schemes Act allows medical schemes to charge late joiner penalties to those who join a medical scheme after the age of 35, or who were not members or dependents of a local medical scheme before April 1 2001, as well as those who’ve had a break in membership of more than three consecutive months since that date.

And here’s the thing; the schemes can keep adding that penalty to your premium indefinitely. In other words, it’s a penalty for life, and while many people find that unfair, the act allows for it.

The penalty is applied to the risk contribution payable to the medical scheme, not to the savings component.

“Allie” wrote to me this week about his father's situation. His parents joined a prominent medical scheme in 2009 when they were both over 35, so the late joiner penalty was applied.

Inflation up, consumer debt growing as salaries shrink 25% since 2016

Many South Africans are now facing a perfect storm of rising interest rates, growing inflation and 25% less take-home pay than they had in 2016.
News
3 months ago

“My mom passed away in late September and my dad decided to change the plan he is on due to cost implications,” Allie said. “One option had a contribution of R1,280 plus a late joiner penalty of R960 and the other was R2,060 plus a penalty of R1,540.”

Note that with both options, the penalty is only a few hundred rand shy of the contribution amount.

“It is unfair to impose a repetitive penalty on pensioners who do not have an income to sustain a reasonable living,” he said. “Is it fair practice to charge pensioners this penalty monthly, rather than issuing a one-off penalty?”

As in Allie’s father’s case, the penalty can be as high as 75% of the medical aid risk contribution.

Medical cover outside SA is not accepted as previous medical scheme cover, so those who emigrate and then return are also saddled with that hefty penalty for the rest of their lives. The penalty is aimed at discouraging people from joining a medical scheme when they are older and more likely to need expensive medical care.

Younger, healthier members subsidise the older more vulnerable folk who have paid their dues before them. So if you’re approaching 35 and you’re without medical cover, it’s worth bearing in mind what your older self would want you to do, hard as that may be..

Careful how you cancel

If you go online to find holiday accommodation, the top hits you'll get will be booking platforms — the likes of booking.com, Afristay and Agoda.

Hotels and guest houses prefer direct bookings as they don’t have to wait for their money and pay a cut to the agency, but the booking agencies bring them a lot of bookings so they’ve become necessary.

If you book through one of the agencies and you need to cancel, you must contact the agency, not the hotel, or you risk being billed in full as a 'no-show'.

If you book through one of the agencies and you need to cancel, you must contact the agency, not the hotel, or you risk being billed in full as a “no-show”.

That’s what happened to Allistair of Cape Town. In November he made a booking for four on the Agoda website at a Gqeberha hotel for three nights shortly before Christmas. A week later he cancelled the booking directly with the hotel, so was alarmed to discover that he’d been billed for the full amount of the cancelled stay — R6,750 — on December 15.

When he took this up with the hotel he was told to contact Agoda directly as the hotel had not received the payment.

Allistair is going to get that refund, because on receipt of my media query Agoda contacted the hotel to confirm that he had cancelled the booking within a week of making it, rather than not pitching up.

But he’s learnt an important lesson: if you book and pay for local holiday accommodation via an agency, any communication about a change in your booking must go via that agency.

Before you buy that Hauwei phone...

I’ve had a few e-mails from people who’ve bought Hauwei phones or acquired them with a cellphone contract, not realising that they wouldn’t be able to do anything Google-related on them.

In May 2019, then US president Donald Trump put Huawei and several other Chinese companies on the “Entity List”, meaning they are unable to do business with any organisation that operates in the US.

WENDY KNOWLER | Bank fraud is too rife — these days, watch out for the ‘Post Office’

The message remains the same: never share personal and confidential information with strangers over the phone
Opinion & Analysis
3 months ago

In the case of Google, this means newer Huawei smartphones are no longer able to ship with Google-owned applications pre-installed.

Timmy bought a Huawei P20 from a Vodacom store in Heidelberg as a birthday gift for his wife. He tried to return it a few days later because his wife couldn’t access Google Play Store, so she couldn’t receive her e-mails or do a Google backup on her WhatsApp. The store refused on the basis that the phone had been used.

Cell C customer Mary made the same mistake with a contract phone. Her previous phone was a Hauwei and she wasn’t aware of the Entity List story.

She has since cancelled the contract, at great expense, because there was no proof of any wrongdoing on the part of the consultant she dealt with.

“It may be worth issuing a warning about this for those who, like me, appear to live under a rock,” she said.

WENDY KNOWLER | Before you buy online, ask the customers who came before you

Don’t get conned into signing a gym contract: Wendy Knowler’s ‘watch-outs of the week’

WENDY KNOWLER | Unhappy with your bnb? Then air your views quickly

Airbnb hosts are only paid a day after guests arrive, so if your accommodation is not up to scratch, contact it pronto
Opinion & Analysis
4 months ago