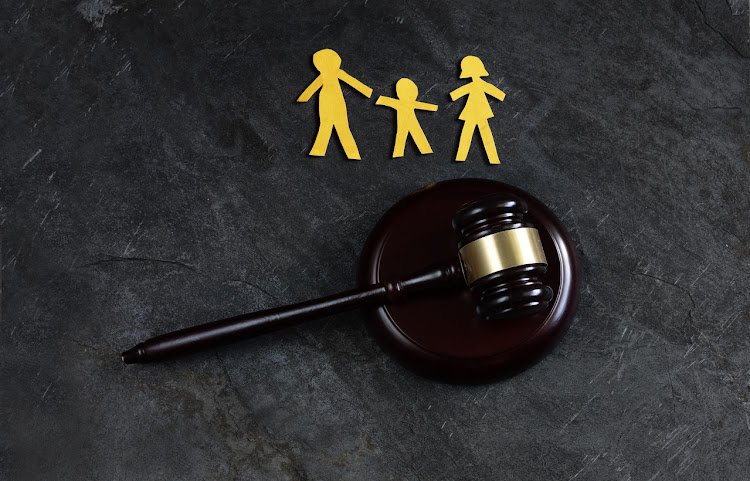 If you co-own your home, ensure there is life cover or credit life cover in place to settle the outstanding debt to avoid having to sell the house in the event of a death. File photo.
Image: Gallo Images/ IStock

As is the case with many couples, both Alan and his wife’s names appeared on the title deeds of their home. They took out the loan with Nedbank jointly on their Hillcrest, KwaZulu-Natal property in 2008, and monthly payments were taken from Alan’s bank account from the start, as his wife did not have an income.

It was traumatic enough losing my wife of 40 years, but to have Nedbank force me to have to sell my home is devastating

However, he wasn’t prepared for what happened when she passed away last August.

Nedbank demanded payment for the full amount owing on the loan — R582,000.

His other options were to take out a new home loan in his name, or sell the house to pay the R582,000. He applied for the loan but was declined due to his age. He’s 72.

“I cannot understand the logic behind this process,” he said.

“I have never defaulted on any payment since 2008 and to this day continue to pay (about R9,000) on time every month.

“I find myself having to sell my home for reasons I cannot understand,” Alan said.

“It was traumatic enough losing my wife of 40 years, but to have Nedbank force me to have to sell my home is devastating.”

Responding, Nedbank said the administration of the Deceased Estates Act prescribes that all assets and liabilities of a deceased person must be wound-up in a liquidation and distribution account.

“The financed property will form part of this account and therefore we have an obligation to have [Alan’s wife] removed from the mortgage loan agreement.”

If you buy a car from a private individual, as opposed to a dealership, you are taking a major risk as the Consumer Protection Act does not cover ...
News
2 months ago

That leaves people in Alan’s position having to take out a new loan at a time when they very likely no longer qualify.

It is extremely important, if you co-own your home, that there is life cover or credit life cover in place to settle the outstanding debt, to avoid your having to sell the house.

“I returned a garment to a store but the owner has refused to credit my debit card. He’s insisting I exchange it for something else.

“This is even though I returned it in perfect condition within 10 days.”

The Consumer Protection Act entitles you to return a defective product for your choice of refund, replacement or repair within six months of purchase.

However, if it’s a change-of-heart return of a product bought in a physical store, you have no legal rights at all, so you can’t demand a refund or anything else. Hence the offer of an exchange on the part of a retailer is a favour.

The part that stood out for me was Francis’ insistence that she be refunded by means of crediting the debit card she had used to pay for the garment. That is not advisable.

Here’s why: According to the Payments Association of SA (Pasa), refunds to single message transaction debit cards — the Electron and Maestro debit cards — are technically not possible in many cases.

It is possible on “dual message” cards such as MasterCard Debit, and therefore allowed by Pasa’s clearing rules.

However, according to Pasa, “from a risk mitigation point of view, there may be instances where the acquiring bank doesn’t allow merchants to process refunds”.

If you paid by debit card and you’re due a refund, it’s best to accept cash

A consumer complained to me this week about being made to pay R65 for a purchase from a retailer, despite the shelf price being R60. That extra R5 was levied because he had chosen to pay with a bank card.

Essentially what such stores are doing is passing on their bank fees to their customers, which is a contravention of the merchant agreement they signed with the bank which issued their point-of-sale (POS) machine.

WENDY KNOWLER | Before you buy online, ask the customers who came before you

Merchant agreements prohibit retailers from charging their customers an extra fee if they choose to pay with a credit or debit card. It is in the terms and conditions of the agreement, so they are on shaky ground if they deny knowing about it.

In some cases, the fee added in the case of card payments exceeds the percentage which the bank charges the merchants, which is especially abhorrent.

A retailer can refuse to offer a card facility if they feel they can’t afford the fees, or they don’t want to build them into their prices, and many do that.

What can you do if you’re asked to pay more than the advertised or shelf price when you hand over your card to pay? Refuse to pay the higher amount, of course. Then report the merchant to the card division of the bank that issued the machine to the merchant. You can tell which bank that is by the branding on the POS machine.

The bank should investigate and take action against the merchant, and if that happens, you’ll be doing other consumers a favour.

READ ON FOR MORE USEFUL ADVICE:

If you’re feeling the pinch and considering taking a break from “medical aid” payments, it could turn out to be a costly decision, even if you don’t ...
News
3 months ago

There’s no law compelling a store to take back a cellphone if you have a change of heart, given that it is not defective.
News
5 months ago

WENDY KNOWLER | Best you check that funeral policy. It may have been dead at birth

WENDY KNOWLER | A newly bought car with defects and no legal recourse: what now?