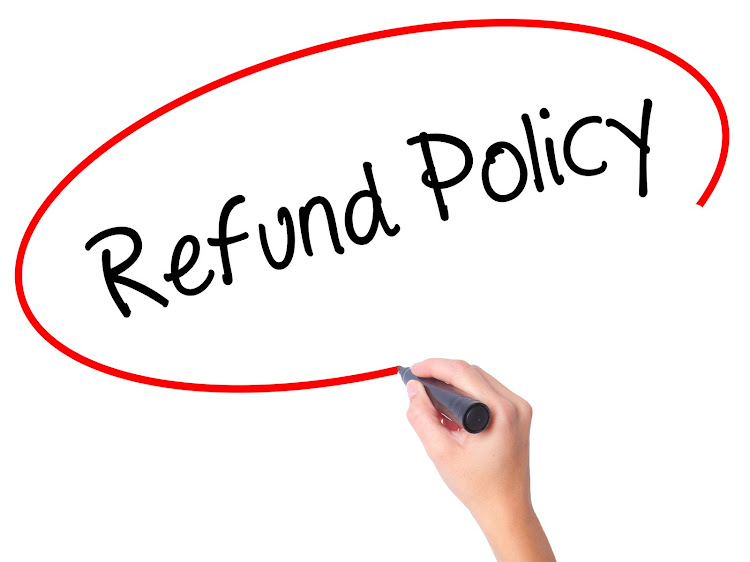 Cellphone insurance — what you need to know

I recently investigated a cellphone insurance case which raised two huge “watch outs” for me. First, the complainant, Alison, had ticked the “insurance” box when taking out a new contract on behalf of her mother, assuming it was contract insurance, meaning should her mom pass away during the course of the three-year contract the balance owing would be paid by the insurer.

In fact, she’d opted for device insurance, which covers the loss of or damage to the phone itself. Big difference. So make very sure you know exactly what sort of cellphone insurance you have taken out and check that you are paying the premium every month — it should be a separate line item on your invoice.

So, with no contract insurance in place, the executor of Alison’s mother’s estate requested a settlement balance from Vodacom. The figure he was sent was about R18,500. But Alison had worked out that her mom’s monthly subscription of R429 over 36 months amounted to a total of R15,400 — and she’d already paid R3,861 of that!

Something wasn’t adding up. But when Alison queried the figure with Vodacom she didn’t get an explanation. When I took up the case, asking Vodacom how it was entitled to more money than the three-year contract allowed for, I was told that their system had “generated an incorrect amount” which had since been “rectified”. The correct settlement amount was R9,420 — about half what was originally requested.

Had Alison not raised the issue with me, her mother’s estate would have paid twice what Vodacom was entitled to, so that’s the second “watch out” — if there was no contract or credit life insurance on your loved one’s accounts and loans, query the contract settlement amounts.

Do you back up your phone?

Apparently one in four South Africans don’t, despite thousands of phones being lost, damaged or stolen each week.

That’s according to a report by Dialdirect in the run-up to World Backup Day on March 31.

Of the quarter of respondents who said they don’t back up their phones, 9% gave no reason and the remainder said they couldn’t due to data or storage limitations.

“The issue is that while insurance can replace a lost, damaged or stolen phone, it can’t replace the precious data that’s on it,” says Dialdirect head Anneli Retief.

“Think about what you have on your phone — probably at least a hundred contacts, e-mails, apps, screenshots and pictures of moments you love to look back on.

“Rebuilding contacts and data could be a nearly unsurmountable task, but replacing memories captured on photos and videos is virtually impossible, making a solid backup strategy an absolute must.”

Copy and paste files and folders to a new storage device to create a duplicate. Most software on modern smartphones and other devices, however, allow for easy, automated backups, which can be done at the click of a button or automatically at scheduled times, or when your device isn’t in use, in case you forget.

The biggest regret many people have is that they postponed their backups for too long because they didn’t have time or storage, or because they were confident it wouldn’t happen to them

Check the amount of data your device has stored on it and make sure that you have adequate space on your backup device. SD cards, memory sticks, external hard drives, cloud storage and backup service providers are reasonably priced options.”

Digital security company, Norton, suggests creating three copies of your data on at least two different storage platforms and having one of them stored remotely, so if your laptop bag and phone, house, office or local network is affected or targeted, it’ll still be safe and accessible.

Delete any pictures, videos and documents you no longer need before backing up, as this can save a lot of space.

“The biggest regret many people have is that they postponed their backups for too long because they didn’t have time or storage, or because they were confident it wouldn’t happen to them,” Retief says.

The average backup takes from about 30 minutes to two hours. Time well spent.

Don’t be in a hurry to wash your new stuff

Lynda e-mailed me this week asking for my help in settling a dispute between her and her sister.

“I purchased a king-size duvet cover from Sheet Street for my niece. My sister washed it, hoping to give it to her daughter [that day].

“Unfortunately, it is too large for the duvet. She says I must return it, but I said you can't wash something and then return it. Who is right?”

If a product is not defective and you bought it in a physical shop, you don’t have a right to return it at all

Having established that the duvet was the correct spec, in other words, it was not defective in any way, my answer was that Lynda was on the right side of that debate. But not only because her sister washed the duvet cover. If a product is not defective and you bought it in a physical shop, you don’t have a right to return it at all.

(If you buy an item online you have the right to return it for a refund, even if it’s not defective — you simply get to change your mind.)

Some shops take back non-defective goods but only if they are in a resaleable condition, and even then, refunds are rare — a credit or exchange are usually the only options.

Removing a duvet cover and washing it means it can’t be put back on the shelf for sale. But Lynda took the freshly laundered, non-defective duvet cover back anyway, and amazingly, Sheet Street not only took it back but refunded her.

Please know that was that retailer’s choice, not a consumer right, and it’s rare for a retailer to take back non-defective goods that have been removed from their packaging and subjected to any process.

So make sure you want to keep a product before you wash or alter it in any way.

Refunds are on the table for grounded Kulula passengers

Good news for the thousands whose Kulula flights were cancelled during the airline’s recent five-day grounding — Comair has decided it will issue ...
News
2 months ago

WENDY KNOWLER | Hello! That’s no way to do business, darling

Travel agency boss says she ran her business poorly, but has not stolen anyone’s money
Opinion & Analysis
2 months ago