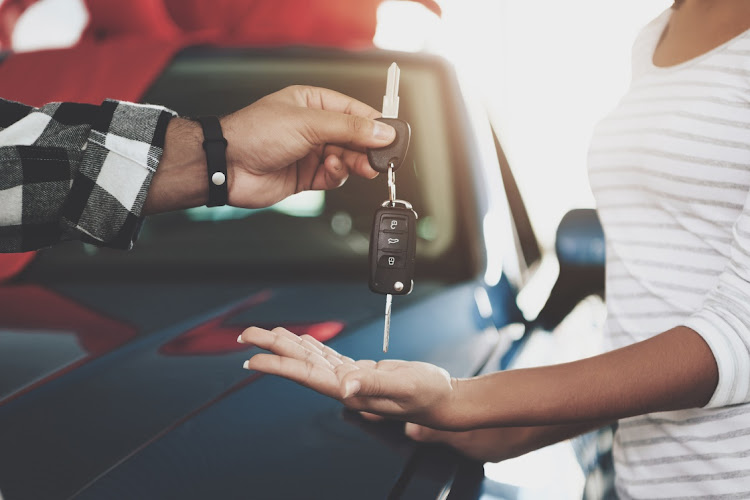 Car keys are highly sophisticated, expensive electronic products - so this is a crucial issue to be on top of before signing the deal. Stock photo.
Image: 123RF

Don’t buy that used car without inspecting these three things

I’ve warned about this before, but Lee’s e-mail this week underlined the importance of the advice — do not sign an offer to purchase a used car unless the dealership can produce the spare key.

Do not accept promises to produce it some time in the future, and even when it’s presented, do check that it belongs to the car. Yes, assume nothing!

Lee, who lives in Joburg, wrote: “I have a problem with a Pinetown dealership that I bought a car from last year. They did not give me a spare key.

“Initially they sent me the wrong key and then they asked me to get a quote from the nearest dealer in Johannesburg so that I could get the keys from this side. I did that, and sent them the quote, but I have not received feedback.”

Car keys are highly sophisticated, expensive electronic products, so this is a crucial issue to be on top of before signing the deal.

If you buy a car from a private individual, as opposed to a dealership, you are taking a major risk as the Consumer Protection Act does not cover ...
News
4 months ago

There are two other items you need to inspect before going ahead: the service book and the spare wheel.

If there’s no service book, move on; if there is one, check the service history and if it looks like all those services were filled in at the same time with the same pen, take that as a red flag.

As for the spare-wheel issue, don’t assume it’s a fit for the car, often it isn’t, believe it or not! So check.

Missed your flight? Your return flight could be cancelled for you

Did you know that if you booked a return flight with an airline, or had onward bookings, and then didn’t take the initial flight for whatever reason, some airlines automatically cancel all other flights without telling you?

I’ve learnt of two such cases this past week. It’s a controversial practice, and a global one, but not all airlines do it.

With those which do, if you’re a “no-show” for the first leg of your journey, it’s assumed that you won’t be taking the second or return leg, so the booking is simply cancelled without notification, to the understandable outrage of those affected. Apparently airlines began doing it to prevent passengers from taking advantage of fare structures which price single fares at a higher rate than the cost of a return.

Airlines including British Airways and Virgin Atlantic have resisted calls to remove “no-show” clauses, which bump passengers off the second half of a return trip, despite heavy criticism from regulators and calls for a ban.

So if you’re a no-show for the first leg of your journey, confirm your return or onward flight, just in case.

Reader Enid’s experience this week proves how important it is to shop around when buying key products, something the internet makes very easy for us.

“I was horrified by the extreme difference in the prices charged by various retailers for the two-litre Cleen Green pack,” she said.

“We waited for Pensioner Wednesday (less 10%) to buy the product at Builders Warehouse in Kenilworth,” she said.

It was only after paying R120 for the product (before her discount), that she thought to compare prices and that’s when she discovered it was selling for R70 at Checkers, R75 at Pick n Pay and R82 at Woolworths — regular prices in all cases. And when I took a look at Takealot’s site, there the product is selling for R200. Quite a price range on one product!

“We probably should have done our price comparison beforehand,” Enid said, “but you know what they say about hindsight!” Indeed.

Comair’s Kulula and BA planes grounded at short notice after a sale day. Now what?

It took 56 days and at least 20 phone calls and 20 emails to get SAA to take the money owed to them by a passenger.
News
1 month ago

WENDY KNOWLER | Third-party insurance claims: when is three a crowd?

When another driver is responsible for the damage to your car, it is sometimes ideal to lodge a claim on your own policy
Opinion & Analysis
1 month ago