Tomato sauce or Coke in your fuel tank? Haibo! 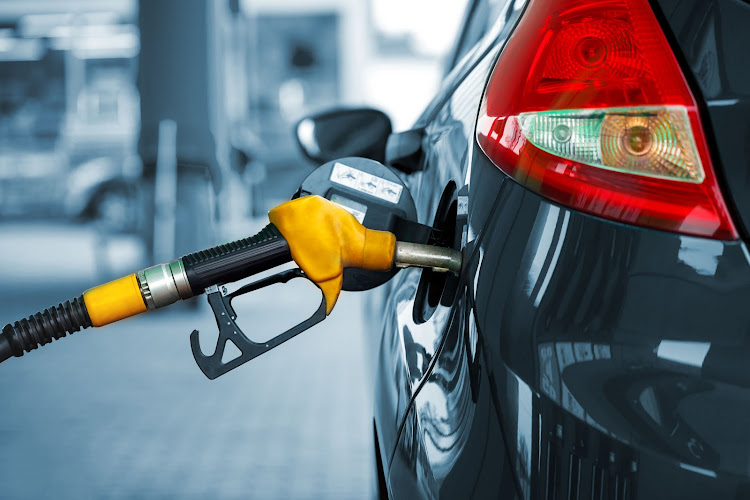 If you were wondering if Coca-Cola is a safe substitute for fuel, the answer is no. Stock photo.
Image: Vladyslav Starozhylov/123rf

Not everything goes better with Coke

“The only thing intended to go into your fuel tank is fuel,” warns Eugene Herbert, CEO of Joburg-based driver training organisation MasterDrive.

“Fuel pills have not only been proven ineffective in international studies but have been found to have a negative impact on engines, primarily by causing carbon build-up.

“Now, a gimmick is doing the rounds showing the use of Coca-Cola instead of fuel. The company associated with this video has since distanced itself from it, but if you were wondering if Coca-Cola is a safe substitute for fuel, the answer is no.

“You are likely to do damage to your vehicle, and that will cost much more than the potential savings.”

Don't pop the pill in the tank: Sasol warns against 'fuel saving' additives amid price hike

Sasol warned the pills could have a detrimental effect on vehicles' engines.
Motoring
1 month ago

Other gimmicks to be wary of include:

Motorists expecting a price war at petrol stations after the government proposed a new price cap on 93 unleaded will be disappointed, as there won’t ...
Motoring
2 weeks ago

“Ultimately, if it sounds too good to be true, it probably is.”

Never buy a house without doing this first

“My husband and I bought our first home and took occupation in April this year. We were so excited but it has been the absolute biggest nightmare of our lives,” Tegan e-mailed.

“We signed an offer to purchase and the seller disclosed one small issue with the roof in the lounge. She said this would be fixed and is covered by insurance. On our second weekend in the house, that huge Durban storm hit and we realised there were more issues to the roof than what was disclosed to us.

“A roofing company later confirmed that the entire roof is 'shot' — the repair quote is R140,000 and we’ve since also discovered that the septic tank is faulty. We got lawyers involved and the sellers committed to fixing both, but nothing is happening, and meanwhile the roof is getting worse, and there’s mould in the rotting wood.

“We want to cancel the deal, but our lawyer said she can no longer see a way out of this as the seller is now on board to fix roof and septic tank.”

So here’s the advice: do not consider buying a property without first having it professionally inspected. The service is relatively inexpensive — about R4,000 for the average three-bedroomed home — but could spare you financial ruin.

Verify bank details first. According to the SA Banking Risk Information Centre, intercepted email scam is on the rise
Opinion & Analysis
1 week ago

If you still want the house despite the report revealing some defects, it will give you the means to negotiate a lower purchase price.

Do not make the mistake of assuming that because the bank or insurance company sent an “inspector” to the house when you applied for the bond, that all is OK with your home. They are assessing the value of the property, not the integrity of the roof, boundary wall or swimming pool.

Even if your estate agent and financing bank don’t say a word about the need for a professional structural assessment, or warn you that the delay in getting one done could see you lose out, don’t put in an offer without one. Trust me on this!

Have you been told your voucher for a Covid-cancelled flight has expired?

No voucher issued for a flight out of SA which was cancelled due to the series of global pandemic-related lockdowns and flight bans since March 2020 should have expired by now.

According to consumer goods and services ombud Magauta Mphahlele, airlines are not exempt from the Consumer Protection Act. And in terms of the CPA’s section 63, vouchers are valid until the date they are redeemed in full, or within three years. But many airlines which operate in SA have been defying that.

If you’re told that your Covid-cancelled flight voucher – issued in 2020 – has now expired, lay a complaint with the consumer goods and services ombud. Such vouchers should be valid for at least three years from date of issue.

Take Stacy Ingram’s experience: she paid almost R13,000 for a Qatar ticket on a flight which never happened, thanks to Covid-19. She was issued with a voucher by the airline in June 2020, valid for a year. The airline later extended that validity to two years. But when she tried to redeem it for an October booking recently, she was told she’d missed the two-year cut-off by 19 days and didn’t qualify for a refund.

“I had the wrong cut-off date in my head, so I didn’t realise I was past the two-year limit,” she told me.

“I have contacted Qatar telephonically and by e-mail but I’m getting stonewalled with: ‘Sorry, your voucher has expired’. Is there anything I can do?”

I reached out to Qatar to point out the provisions of the CPA, and to ask if the airline would consider allowing Stacy to redeem her voucher for that October 2022 booking.

The airline’s media liaison team got back to me to say that while Stacy’s voucher was “out-of-date”, “approval is being sought through our VP Finance to have her ticket cost refunded”.

WHAT TO DO: If you’re told that your Covid-cancelled voucher — issued in 2020 — has now expired, lay a complaint with the consumer goods and services ombud. Such vouchers should be valid for least three years from date of issue.

• GET IN TOUCH: You can contact Wendy Knowler for advice with your consumer issues via e-mail: consumer@knowler.co.za or on Twitter: @wendyknowler.

In this weekly segment of bite-sized chunks of useful information, consumer journalist Wendy Knowler summarises news you can use.
News
2 weeks ago

South Africans are buckling under financial stress, with annual consumer inflation jumping to 7.4% in June, from 6.5% in May, mainly driven by rising ...
News
3 weeks ago