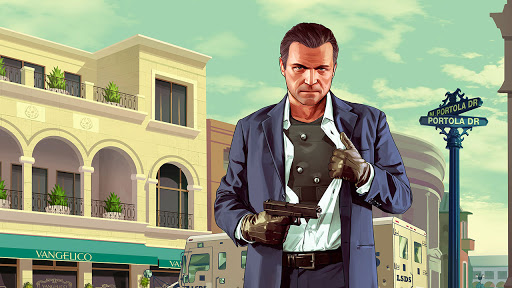 Ned Luke provided the voice for Michael De Santa in Grand Theft Auto V and, in a (since-deleted) Instagram video, he asked fans to stop spreading, and believing, all the GTA VI rumours that have been going around.

Alongside Shawn Fonteno, who voiced Franklin Clinton, Luke vented his frustrations at both the people creating and those believing GTA VI rumours, making reference to a popular YouTube “leaker” in the process. The video was saved and posted to Twitter by user OhMrZack.

Rumours about another Grand Theft Auto game have existed, pretty much, since GTA V came out in 2013. Rockstar will probably make a sixth instalment eventually, but GTA V, and its online component, are still really popular, as well as making them a lot of money, and Red Dead Online is taking up a lot of their time, with all manner of extra content and functionality promised for the wild west MMO.

So, yeah, have fun speculating about the next-gen, Narcos-inspired, Project Americas, but Rockstar’s the only one that actually knows what’s going on.