Gears 5 is temporarily free to play for pretty much everyone 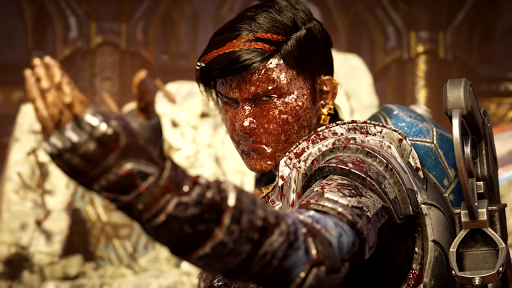 A screen grab from the latest Gears 5.
Image: Supplied

Gears 5 is currently free to play if you have Xbox Live Gold, the Xbox Game Pass, Steam, or just plain old Windows 10, so it’s time to get gibbing, soldier!

Gears 5 is free to play until April 12 as part of the Xbox Free Play Days initiative. Since Gears 5 features full crossplay functionality, console and PC players can unite as one against the Locust Horde, because that’s what Easter is all about, isn’t it?

There’s even a new objective mode, called Operation 3: Gridiron, to try out. In Gridiron, two teams of five fight to run a neutral flag into their opponent’s end zone. Rounds last two minutes and the first team to 13 points wins. You score points by maintaining control of the flag for five seconds while in the end zone. However, you’ve only got one life, so you’re going to have to be tactical about things.

Playing Gears 5 before April 20 will also automatically earn you the Batista skin and the Batista Bomb execution.

If you can’t spend the upcoming holidays the way you wanted to, why not spend them online, with your friends, soaked in a virtual torrent of viscera?

The tech corp has introduced its new marquee gaming laptop series, including the ROG Zephyrus Duo 15 – a hi-spec machine that features two screens to ...
News
1 year ago