Call of Duty: Warzone Solos players get their trucks back in latest update 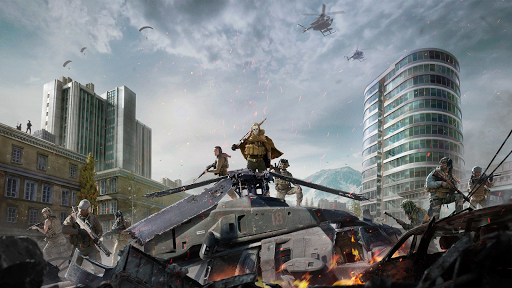 The latest update for Call of Duty: Modern Warfare and Warzone has dropped - at about 13GB. Amongst many other things, Warzone Solos players are getting their trucks back – play nice!

Developers Infinity Ward recently took the armoured cargo trucks away from Solos players in Warzone because they were abusing their trucking power and mowing down their unsuspecting opponents with wheels instead of bullets, which is against the spirit of the thing.

The 28 April update brings the trucks back - but with reduced turning speed, acceleration, and top speed. I guess you’re going to have to use your guns now.

Other Warzone changes in this update include:

Besides all that, there are a lot of general updates and bug fixes for both games.

For all the details, you can find the official patch notes over here.

This article was brought to you by NAG - NAG features a unique and diverse mix of content that spans games, esports, sci-tech, entertainment, pop culture, bad jokes, and one or two things in between — including daily news, reviews and previews, and videos.

No more solo trucking in Call of Duty: Warzone

Call of Duty: Warzone Solos players have been relying too much on armoured trucks as their weapon of choice, so the developers have taken their toys ...
News
1 year ago

The delay of 'The Last of Us Part II' hasn’t actually bumped the release date out that far - you’ll still get to play it before 'Cyberpunk 2077' ...
News
1 year ago

Mixing futuristic two-tone aesthetics and disruptive use of negative space with provocative contours, it’s not the actual console, but as a ...
News
1 year ago