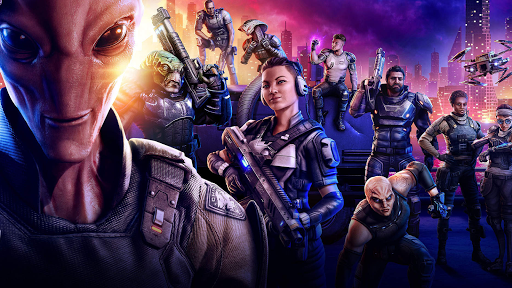 'Chimera Squad' is appropriately made up of a diverse set up characters with their own stats and skills.
Image: Supplied

Would you want an XCOM game where everything went smoothly?

XCOM, its sequel and the excellent expansions were wars against near-overwhelming odds, with isometric tactical battlefields where smart positioning and three-steps-ahead planning were essential to ensuring losses were minimal, not catastrophic.

As your fragile human soldiers went out to fight nightmarish alien forces armed with little more than tin armour and a 60% chance to hit, you could never guarantee they would all return.

Having to explain their deaths to the real-world friends you named them after was never easy either. “I’m sorry, you didn’t make it. A chrysalid turned you into a zombie. Should have hit that overwatch shot.”

There was an addictive chaos to those games, the ever-present threat of failure making the blessings from the dice roll gods all the sweeter.

Predator: Hunting Grounds is the first Predator game launched this console generation, and it’s clearly preyed on fan nostalgia. And now with new ...
News
1 year ago

Enter XCOM: Chimera Squad, rappelling from a skylight and kicking down the door.

Somewhere between spin-off and full sequel, Chimera Squad takes place after the fight for Earth is over, with humanity and the remaining alien societies struggling to maintain an uneasy peace. A rag-tag integrated spec ops team, Chimera Squad is tasked with solving a mysterious assassination in a city which could set its collective watches by daily terrorist attacks.

While the series’ core mechanics are mostly here, the entirely urban setting cranks up the pacing by several notches. Gone are the occupied farms and sprawling bases, full of deadly open space, surprise patrols and fogs of war. Encounters here are made up of tight sequences of rooms to breach and clear, packed full of SMG-wielding snakes, psychic hoodies and awful, awful chrysalids (think gigantic parasitic spider-mantises).

Stealth and tension have been traded for claustrophobia and chain reactions. With everything in such close proximity, items and abilities have to be carefully managed. Oh, you didn’t notice the acid barrel next to where you threw that grenade? Say goodbye to the desk you were hiding behind. And your face.

Instead of classes, Chimera Squad is appropriately made up of a diverse set up characters with their own stats and skills. All the humans and (playable for the first time) aliens have unique abilities to stand out in your growing roster. 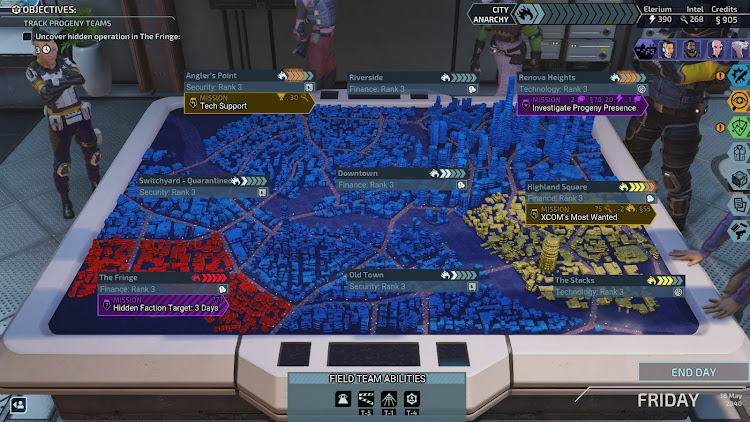 'Chimera Squad' may turn out to be an excellent entry point to the franchise. Without the burden of expectations, it would be easier to ignore what is missing and get hooked on what is here – a fun, lightning-paced tactics game with style and gross bug monsters.
Image: Supplied

Although actual characterisation is limited to dialogue snippets (is this the one that’s quippily sarcastic or sarcastically quippy?) I ended up becoming quite fond of a handful, especially the snake woman taking out her post-war frustrations on the city’s infinite supply of goons.

The biggest change aside from the breaching itself (an extra round of combat to surprise and soften up key targets) is the new character-based turn order. Rather than controlling your entire squad at once, turns alternate between friendly and enemy soldiers.

Learning to read the turn queue to anticipate and disrupt enemy manoeuvres is a big part of the game’s tactical makeup. It’s all about acceptable damage: do you go for the heavy at the end of the queue or drop the grunt up next taking a potshot?

The game is generous with information, but removing some of the franchise’s uncertainty does result in a quicker rush to a tipping point where the moving parts become a bit more predictable and certain optimal plays emerge.

This doesn’t make clean sweeps inevitable, but once the lightweight strategy and research systems had given me poison-laced shotguns, I felt that the odds had tipped definitively in my favour.

Only the sporadic story missions ever felt like they were willing to really crank up the pressure. I realised I felt something I rarely experienced in XCOM 1 and 2 – safe. 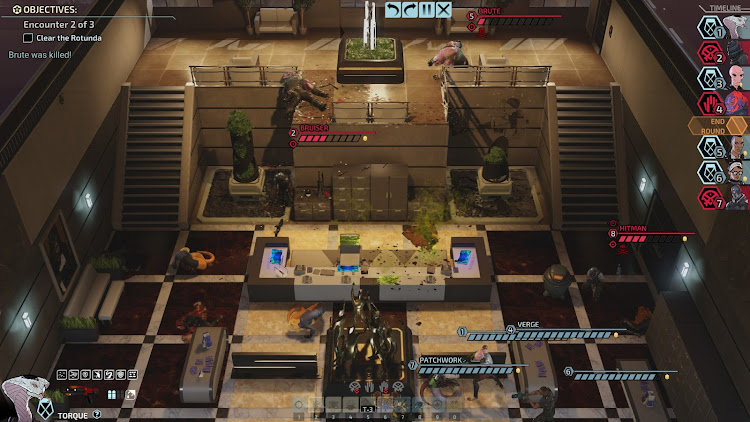 A rag-tag integrated spec ops team, Chimera Squad is tasked with solving a mysterious assassination in a city which could set its collective watches by daily terrorist attacks.
Image: Supplied

Chimera Squad may turn out to be an excellent entry point to the franchise. Without the burden of expectations, it would be easier to ignore what is missing and get hooked on what is here – a fun, lightning-paced tactics game with style and gross bug monsters.

Also, actual bugs. In what has become a franchise tradition, there are almost constant issues with animation sequencing. You will be seeing a lot of soldiers popping grenades through closed doors, and enemies dropping dead as the shots that killed them whiz overhead. Nothing game-breaking, and at this point in the series I find it more charming than distracting. After all, I wouldn’t want an XCOM game where everything went smoothly.

Chimera Squad feels like watching repeats of a favourite cop show. A great way to satisfy an itch for an hour or so, even if you struggle to remember the story later. Was it the one with the bank heist? No, it was the one where the alien laser missed the blob monster and blew up a car.

The delay of 'The Last of Us Part II' hasn’t actually bumped the release date out that far - you’ll still get to play it before 'Cyberpunk 2077' ...
News
1 year ago

Riot Games initially delayed this year’s League of Legends Mid-Season Invitational, with the hope the Covid-19 pandemic would have subsided by July, ...
News
1 year ago

The Logitech Pro series was first introduced in 2018 and last year the company updated the model with a new look and an awesome new technology ...
News
1 year ago

Out now in early access on the Epic Games Store with a 2021 launch scheduled on Steam, Industries of Titan mixes construction and questionable ...
News
1 year ago