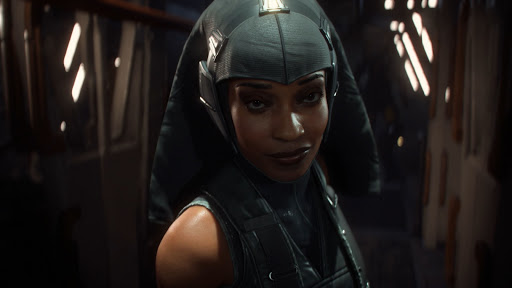 Anthem is an online multiplayer action role-playing video game developed by BioWare and published by Electronic Arts. The game was released worldwide for Microsoft Windows, PlayStation 4 and Xbox One on February 22, 2019.
Image: Supplied

Since announcing the studio’s plan in February to “reinvent” the game, BioWare’s team has been working on “prototyping” what exactly that means for its sci-fantasy Destiny-’em-up. And, for now, not much else.

Perhaps one of the worst flops of 2019, Anthem’s much-hyped launch bumped into low orbit before disintegrating in a mess of loading screens and a series of awkward exposés about project mismanagement. And despite BioWare subsequently promising it was “100% committed” to the game, publisher EA has conspicuously skipped over it in the company’s financials — prompting questions about the prospective revamp like “y tho”.

According to BioWare Austin director and Anthem live services boss Christian Daley, it’s because “we really want this experience to be different”. OK, but that doesn’t mean it’s going to be sorted out by tomorrow. Or next week. Or ... who knows, because making (or remaking) games is hard, you know.

"The Anthem incubation team has kicked off and we are starting to validate our design hypotheses. Incubation is a term we use internally — it essentially means we are going back and experimenting/prototyping to improve on the areas where we believe we fell short and to leverage everything that you love currently about Anthem. We are a small team — about 30-ish, earning our way forward as we set out to hit our first major milestone goals. Spoiler — this is going to be a longer process. And yes, the team is small but the whole point of this is to take our time and go back to the drawing board. And a small team gives us the agility a larger one can’t afford.

"We really want this experience to be different for the team and our players, but we know we have some tough challenges to tackle. We want to include you as we go and be open and honest with where we are at and what the expectations are with where we are going. The reality is you will see things that look awesome but end up on the cutting room floor or things that you might think suck that you feel we are spending too much time on — but in the spirit of experimentation this is all OK. We really want to provide you all the transparency we can because of your passion and interest in Anthem. But, with that comes seeing how the sausage is made — which is not always pretty by the way."

Hands up if you think the game shouldn’t have launched until it was ready, and you haven’t even logged in for over a year, anyway.

From today until May 14, Rockstar’s fun-with-guns sim is available to download and keep forever at exactly zero cost to you.
News
2 years ago

VS Gaming leagues for Dota 2, League of Legends now open

Telkom VS Gaming has opened the final call for registration for 'Counter-Strike: Global Offensive', 'League of Legends' and 'Dota 2' leagues. It ...
News
2 years ago

It seems that the gods of gaming heard my pleas and saw fit to grant my wish because 'Streets of Rage 4' is here, after an agonising wait, and it is ...
News
2 years ago

If Motörhead’s 'Ace of Spades' is indelibly associated in your head with doing a sequence of perfectly executed flips, grinds, and grabs in digital ...
News
2 years ago