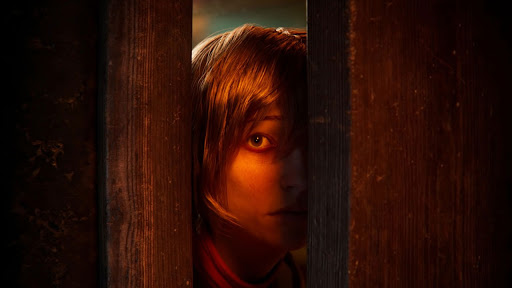 The Silent Hill Chapter of Dead by Daylight will be released some time in June 2020 for PC, Xbox One, PlayStation 4, and Nintendo Switch.
Image: Supplied

While you’re waiting for that new Silent Hill title that Konami is totally working on, why not get a hit of air raid siren nostalgia with the latest Chapter DLC for Dead by Daylight.

Dead by Daylight is adding to its collection of iconic horror villains and victims with a Silent Hill crossover featuring Cheryl Mason (also known as Heather from Silent Hill 3, because past life/reincarnation amnesia), Pyramid Head (rebranded as The Executioner), and the Midwich Elementary School (featured in the original Silent Hill and the 2006 film).

I hope you get bonus intimidation points for dragging your giant knife around, absolutely murdering those floors.

Silent Hill is a new Chapter for Dead by Daylight. It includes a new Killer, The Executioner, and a new Survivor, Cheryl Mason.

Dead by Daylight is an asymmetrical, co-op, horror survival game in which four Survivors team up against another player that controls the Killer. Survivors have to try and escape, Killers have got to try and, well, kill. Previous Chapter DLCs have included crossovers with Stranger Things, Saw, Nightmare on Elm Street, and Halloween, but there’s a whole bunch of off-brand horror to traumatise yourself with, too.

The Silent Hill Chapter of Dead by Daylight will be released some time in June 2020 for PC, Xbox One, PlayStation 4, and Nintendo Switch.

Valve has opened Half-Life: Alyx up to the modding community, with the latest update adding Steam Workshop support
News
1 year ago

Can’t go outside? Wander the virtual streets of ancient Greece or Egypt with Ubisoft instead

If you fancy a virtual trundle around ancient Greece or ancient Egypt, to while away the lockdown doldrums, Ubisoft is offering their Discovery Tours ...
News
1 year ago

Ghost of Tsushima is basically a gorgeous playable samurai film

It seems that the gods of gaming heard my pleas and saw fit to grant my wish because 'Streets of Rage 4' is here, after an agonising wait, and it is ...
News
1 year ago