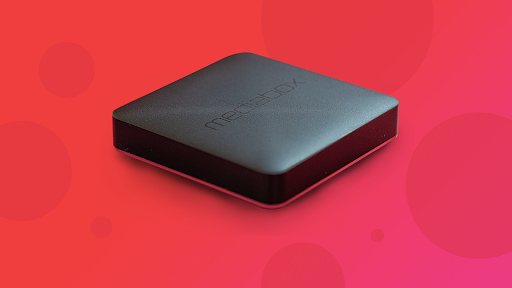 The Mediabox MBX4K. The Android TV 8, Google-certified device uses your internet connection to give you access to streaming content and video on demand on any TV with an HDMI port.
Image: Supplied

In comparison with the future predicted by movies, the actual future of 2020 is much worse than we’d expected. Instead of flying cars and a neon mega-corporate dystopia, we got a global pandemic. So that sucks, but you know what sucks even more? Having to use multiple devices for different streaming TV apps. That’s, like, discrimination.

Until recently, this egregious technocultural inequity was the status quo in my home because the Showmax app on my LG smart TV is rubbish. It takes forever to load content and resolve the resolution from blobs to 720p (not even 1080p or 4K!), sometimes up to 45 seconds, and I don’t have that kind of time to waste between episodes of Binnelanders. I mean The Wire. So if I want to swap from Amazon Prime Video or Netflix on the TV, I have to boot up my Xbox One for Showmax. That’s 45 more seconds on the clock, and maybe this explains why humanity is stuck in a toilet paper apocalypse and not opening a new McDonald’s warp-thru on Mars.

Enter the Mediabox MBX4K Ranger. It’s an Android TV-powered streaming device, and the fun-sized one-device solution to this problem. In theory, anyway. I’ll get back to that.

The set up is super simple – plug it in, connect it to the internet, and you’re ready to binge. Mediabox is a local company, so Showmax, DStv, and SuperSport apps are pre-installed, and other apps can be installed through the Google Play Store. If you’ve got an Android smartphone, you can also use that to sync your Google account for YouTube and other Google apps, via Bluetooth, or even stream content from your other devices with the Ranger’s built-in Chromecast hyperbeamz. 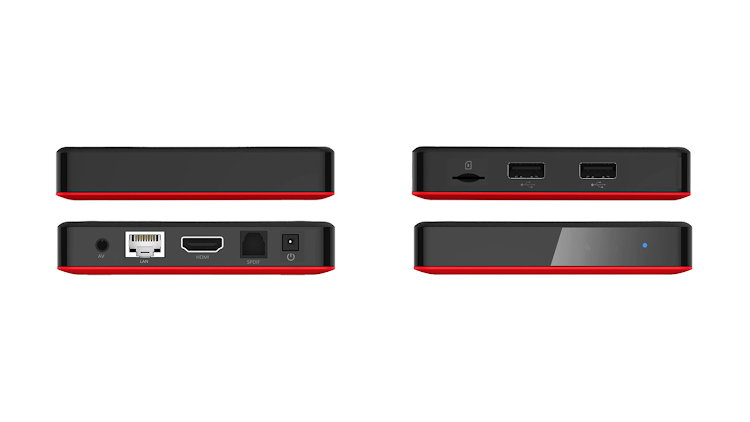 The Mediabox MBX4K Ranger. It’s an Android TV-powered streaming device, and the fun-sized one-device solution to this problem.
Image: Supplied

For whatever reason, the Netflix and Amazon Prime Video apps are not pre-installed, but automatically install about 10-20 minutes after first connecting to the internet, according to the online info PDF. If, like me, you skip the instructions and try to install them manually, you’ll get an error with Netflix and you probably won’t even find the Amazon Prime Video app in the Google Play Store. Don’t be like me.

Let’s get back to that “in theory” disclaimer from before. For context, I have a 200 Mbps fibre internet connection, and my TV, media devices, and consoles are hooked up over Ethernet because I’m old skool like that.

In theory, I should be streaming content at max ultra boost mode plus+. But, as the TV’s Showmax app proves, that’s not necessarily how it works out in reality.

The Ranger’s Showmax app is totally OK! The Netflix and Amazon Prime Video apps, less so. Though both apps load content at HD or UHD in about 2-3 seconds, there’s some perceptible frame drop over the next 10 seconds or so, and occasionally also at random subsequent intervals. Since this isn’t an issue on Showmax, I assume it’s a performance glitch that occurs only at higher resolutions. But I vote sporadic frame drop over a 45-second load time, every time.

Mediabox MBX4K Ranger
BOTTOM LINE >
Besides some (mostly inconsequential) performance wobbles, the Ranger is a versatile device that combos Netflix, Showmax, Amazon Prime Video, and every other streaming media app with built-in Chromecast and Google account syncing in one convenient box.
PROS >
Built-in Chromecast
Uncomplicated enough for your mom and dad to use without constantly calling you for help.
CONS >
Some hi-res performance issues.

PC players get a Destroy All Humans! demo

Not sure you’re going to enjoy the 'Destroy All Humans!' remake because you’re allergic to fun or something? If you’ve got a PC, you can have a go at ...
News
2 years ago

Are gamification and esports giving brands access to new audiences?

Call of Duty: Mobile is getting the Gulag, but probably not exactly how you want it

The Call of Duty: Mobile Twitter account is teasing the addition of what appears to be the Gulag, but it probably won’t be the same Gulag you know, ...
News
2 years ago

According to an interview with Assassin’s Creed Valhalla’s creative director, Ashraf Ismail, players will be managing a settlement in the upcoming ...
News
2 years ago