Set five years after the events of The Last of Us (2013), players enter the role of 19-year-old Ellie, who comes into conflict with a mysterious cult in a post-apocalyptic United States.
Image: Supplied

S**t. I didn’t expect them to find her body so quickly.

There’s anguish in his voice, and in the voices of the others close enough to hear him and rush back. I kill them too, one at a time, sliding between the crumbling concrete debris to my next victim.

They are props, maybe, temporary diversions from the narrative drama in service of its “action” genre obligations – but in this game, those NPCs have names.

In The Last of Us Part II, it’s personal.

Before I stabbed her in the throat, Skyler begged for mercy. She whimpered as she bled out in the rain, gore streaking over the wet grass. And if Ellie is indifferent, I’m not.

It’s not that she doesn’t have her reasons, because… she has her reasons. I can empathise with those. But never has the space between necessity and murder been so ambiguous, or the violence so uncomfortably real. Visceral. Intimate, even.

Naughty Dog has described the game as a “story about hate”, but the consequences of that are so much worse, so much more vicious than I’d expected. And with such extravagant diversity, as absurd as it feels to write,  I was actually impressed by the number of different throat stabbing animations, for example, that must’ve been recycled but I didn’t ever realise it. Each time, to me, was like my throat stabbing debut on Washington’s Most Wanted. I mean, that’s a lot of developer work.

But I finished the game on Tuesday and I’m still kind of queasy thinking about it. 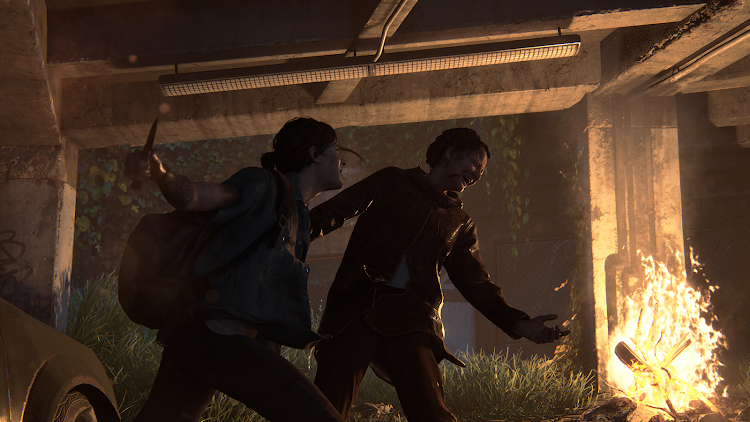 The Last of Us Part II is an upcoming action-adventure game developed by Naughty Dog and published by Sony Interactive Entertainment for the PlayStation 4.
Image: Supplied

I won’t go into the plot too much, except to tell you that it’s unpredictable, and if its take on perspective and morality isn’t exactly original, it is compelling and consistently coherent over its 30+ hour duration.

Where the first game subverted the stereotypical helpless fragility of its female protagonist, the sequel – it’s consistent in methods and metaphor! – stabs that cliché in the throat.

Ellie is terrifying, the angel-faced apotheosis of  throat-stabbing fury and practical wardrobe choices, with zero pretensions to some sort of virtuous redemption. She’s a mess, from start to finish. I’m into it, but also frequently grossed out by her casual, unflinching depravity. There’s a lot of “what the even f*&k, Ellie” in The Last of Us Part II, and that tension between her and me makes it almost difficult at times to keep going.

In terms of game mechanics, it’s more or less the same as before – you unlock and level up abilities by collecting and “spending” pills, you can craft items like improvised explosives and med kits, and you upgrade weapons at workbenches. Between the two games, though, Ellie learned to swim, so that’s super-convenient.

A lot of combat encounters can be completely avoided by sneaky-sneaking around enemies or distracting them with throwables, and with limited ammo available, that’s often the most clever option. Ellie’s “listen” mode shows enemies in her vicinity, and you can use this to plan accordingly. 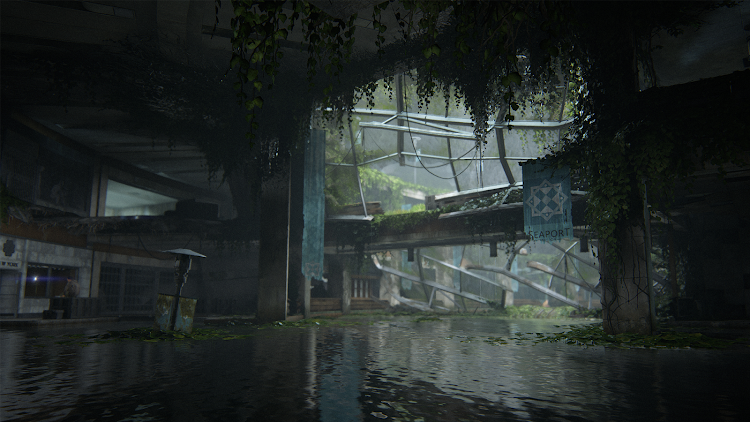 The sequel is mostly very linear, but its extraordinary level design and evocative aesthetics imply a much more expansive world. This is a bleak wasteland of empty car parks and offices, mouldering shops and homes being slowly reclaimed by forests, stuck forever in a moment of human tragedy.
Image: Supplied

Also like the first game, the sequel is mostly very linear, but its extraordinary level design and evocative aesthetics imply a much more expansive world. This is a bleak wasteland of empty car parks and offices, mouldering shops and homes being slowly reclaimed by forests, stuck forever in a moment of human tragedy. I find notes written to missing colleagues and husbands, telling of imminent oblivion in panic or, sometimes, exhausted submission to the inevitable.

In some places, bodies droop from the trees, their guts spilled out over tortured flesh. In other places, a river slips between the tyres of rusted cars, and birds drowse on the banisters of a dusty hotel. It’s eerie and beautiful, and authentic in a way that’s seldom felt in games. It’s also absolutely astounding that a game can look like this on a seven-year-old console. Like it shouldn’t even be possible, much less with close to no loading times. This is some kind of technical genius.

The Last of Us Part II
BOTTOM LINE
Emotional, provocative, traumatic, occasionally shocking, and a triumphant last hurrah for the PS4. Exquisite.

There’s a bunch of EA games on Steam right now

Back in the day, you used to be able to play EA games on Steam, then EA made its own store, Origin, in 2011, which has been the only way for PC users ...
News
1 year ago

Sega is celebrating its 60th anniversary with a Game Gear so tiny, it fits in the palm of your hand, because nothing says happy anniversary like hand ...
News
1 year ago