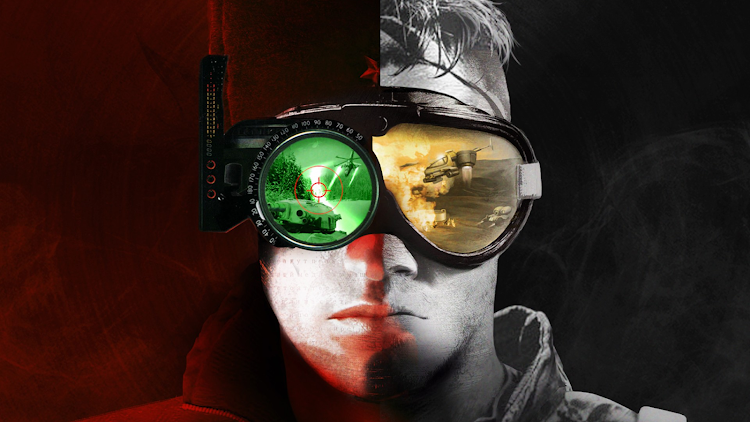 This kind of ye olde schoole review must traditionally be started with something important like a classic quote everyone should remember, so I’m going to go with “Welcome back, Commander”. It’s an old line from the game that made me feel all special and important when I played the original way back in – you know what, never mind. Please do remember that I was in my early 20s at the time and easily impressed by things.

Hells on Earth, has it been that long?

Back in the day, if the Westwood Studios logo appeared on a video game box, you bought it without even looking at the back. The games were that good. But we’re only here to talk about the developer’s impact on real-time strategy (RTS), starting with Dune II: The Building of a Dynasty (or as some might remember it, Dune II: Battle for Arrakis) in 1992. But it was Westwood’s next game, 1995’s Command & Conquer, that more or less defined the genre going forward.

Desperados III functions as a prequel to the original series so it’s perfect for those who missed out (or weren’t born yet) when the first game was ...
News
1 year ago

The concept was basic enough – a real-time strategy game with little soldiers, tanks, and a base that you could build yourself and protect from enemy attacks. You could also harvest resources and spend money building up your army. It’s so simple you have to wonder why it took so long to become a thing.

The game really centred on harvesting Tiberium, a mysterious alien crystalline substance that arrived on earth as part of a meteor strike near the Tiber River in Italy. Tiberium is the currency in the game and you must mine it for funds so you can build more things to kill other things with.

Now, around 25 years later, you can experience it all over again but now with better graphics! 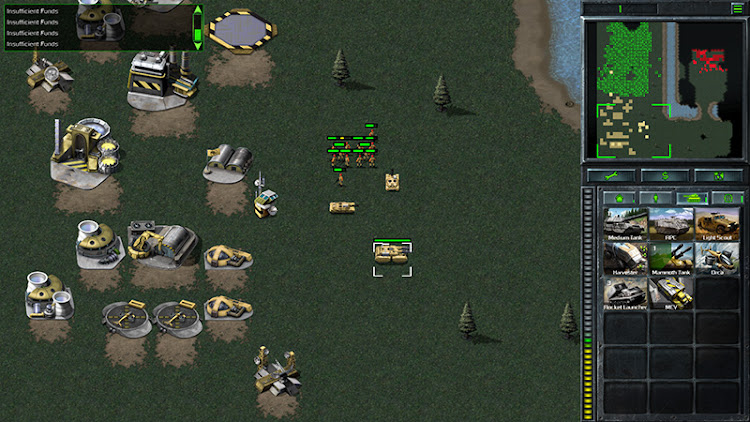 The real work and impressive stuff that went into this game is what happened in the background – old video footage didn’t exist, soundtracks were lost, and a lot of the original stuff just wasn’t around anymore. There’s even a video online of one of the developers digging around in archives and pulling out old storage mediums with cryptic C&C references. So the developers looked to the community to help them, making this project very much a collaborative effort.

That all said, the Command & Conquer Remastered Collection is more than just a graphical overhaul. This is first very evident as you install the game. Back in the day, when you slotted the disk or CD into your PC and installed the game you were presented with the/an EVA (Electronic Video Agent), a fun interface that kept you occupied while the game installed in the background. These days that long process is much shorter so they’ve re-imagined the EVA as something that “upgrades” your game’s graphics and sound. Bravo to the developers for this small but significant touch, preparing players on what to expect.

But wait, it’s not just Command & Conquer, but also Red Alert with its Iron Curtain and Chronosphere – which kind of made up for the fact that in Red Alert, you were just harvesting ore and gems instead of the alien Tiberium. The C&C universe has always had a different and fun take on things and was never meant to be a serious historical recreation.

Besides all the upgrades and extra video clips and music, you also get the console missions, the DLC, and everything that originally existed in, on, and around those two games. Plus a map editor, mod support, and so on. For free!

Critically, there’s nothing not to love here. The techno rock music will still have you humming in the shower, the campy live-action video between each mission is still very entertaining, and the whole package is presented and polished to perfection, with interface updates and new comprehensive multiplayer options.

I think I actually for reals gasped when I opened up this box. The Asus ROG Strix Scar III G732 is a lot, and not just the spelling - or the price.
News
1 year ago

It’s clear that the people putting this together were fans of the games, and wanted to retain as much as possible – you can even swap back to the original game’s graphics by tapping the spacebar. Everything has been thought of, including an option to keep the legacy control system instead of a more modern solution. It’s damn near perfect.

Of course, sometimes the control feels a little less immediate and units don’t follow orders if some terrain problem prevents them from doing something. You also have to watch everything all the time because units don’t react to threats by themselves sometimes.

One other problem is that in some missions (although this might be tied to the difficulty level), if you destroy the enemy’s harvester, the AI doesn’t seem to be able to cope with the inconvenience. The AI just hangs back, spending money on repairs and fighting units and never tries to get its economy going again. This allows you to build up a massive rolling force of death they can’t stop, which isn’t so bad anyway.

For anyone with fond Command & Conquer memories this collection is a wonderful trip down memory lane. They’ve thought of everything here and even stuff you didn’t know existed. For the rest of you, it’s perhaps a harder sell because these old games even with their fresh coat of paint cannot be compared to what’s been available for years elsewhere.

That all said and done, this collection is special and deserves your attention and I can’t wait until the next batch of remastered games to arrive. Did someone say Dungeon Keeper? We’re still waiting for DK 3 you know. Hello?

BOTTOM LINE
If you played the originals and want a fresh nostalgic tickle in your swampy regions, then don’t hesitate to get this amazing collection of revamped RTS classics. If you didn’t play the originals, then there’s a good chance your tastes will be spoilt by what came long after these amazing genre-defining classics, making them feel clunky.

The Ninjala launch trailer is a lot

West Side Story, bubblegum, and child ninjas, because why not – Ninjala!
News
1 year ago

The Last of Us 2 picks up the story roughly four years after its predecessor. Ellie and Joel now live alongside Joel's brother, Tommy, in a ...
News
1 year ago