Fortnite is hosting a Christopher Nolan movie night on Friday, and South Africa is invited 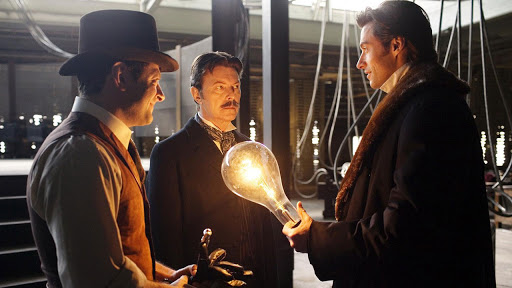 As part of an effort to expand their entertainment offerings, Fortnite Party Royale will be testing a free Movie Nite event on Friday for fans in participating countries. Depending on the country, Party Royale will be screening one of three Christopher Nolan movies; The Prestige, Batman Begins, or Inception.

South Africa got The Prestige, which you will can watch on June 26 at 18:00 SAST.

Not to be confused with The Illusionist (2006), The Prestige (also 2006) stars Christian Bale and Hugh Jackman as rival 19th century stage magicians obsessed with one-upping each other with increasingly daring illusions. David Bowie plays Nikola Tesla, which is amazing.

When the time comes, gather your friends, get into Party Royale, and wander on over to the Big Screen. Much like with regular movie theatres, no streaming or recording of the show will be allowed.

Movie Nite couldn’t reach everywhere for this first test because different countries have different distribution rights, but Epic intends for it to go fully global in the future, so places like Australia, Iceland, and Switzerland won’t have to feel left out forever (shame).

This kind of ye olde schoole review must traditionally be started with something important like a classic quote everyone should remember, so I’m ...
News
1 year ago

Promising that Cyberpunk 2077 is “finished both content and gameplay-wise”, the studio explains on Twitter that the job isn’t over.
News
1 year ago