Sea of Thieves is starting limited testing of custom servers 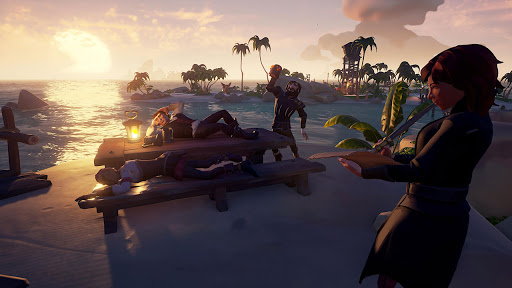 Sea of Thieves is a 2018 action-adventure game developed by Rare and published by Xbox Game Studios.
Image: Supplied

“We will be working with these creators and community groups to test Custom Servers in a live environment, to gather feedback and prioritise future development priorities in this area. At the same time as giving us valuable feedback and data, it’ll make it easier for these groups to run community events like the ones we’ve seen already.”

As part of the Alpha testing, selected partners will be able to create a Custom Adventure Server, customise the number and type of ships available, and generate an access password. The custom servers are meant to be used for community events, and not PvE, so you won’t be able to earn gold or reputation on them.

They’re starting with a very limited test audience, because custom servers cost money to run and the initial offering will be very “bare-bones”. Neate also notes that, when the feature eventually becomes available to everyone, it will probably be as an optional purchase from the Pirate Emporium.

In case you missed it, here’s the first episode of Night City Wire

The Cyberpunk 2077 hype train cannot be stopped.
News
2 years ago

Eager to tap into an exciting new realm of motorsport, Ford SA on Tuesday announced that it is launching a thrilling new virtual championship that ...
Motoring
2 years ago

Desperados III functions as a prequel to the original series so it’s perfect for those who missed out (or weren’t born yet) when the first game was ...
News
2 years ago

This week, I’ve had two new Asus ROG gaming laptops in the work-from-home office for review – the Strix Scar III G732 and the Zephyrus G14.
News
2 years ago