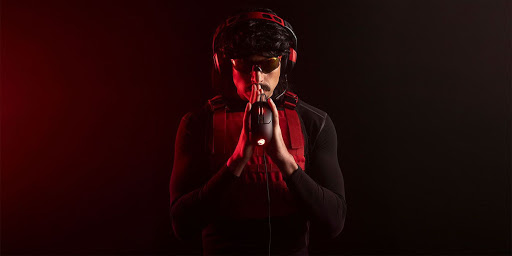 Guy “Dr Disrespect” Beahm took to social media to address his ban from a livestreaming platform.

“Twitch has not notified me on the specific reason behind their decision,” Dr Disrespect wrote on Saturday. “Firm handshakes to all for the support during this difficult time.”

Dr Disrespect was banned from Twitch on Friday afternoon for an unspecified reason.

“As is our process, we take appropriate action when we have evidence that a streamer has acted in violation of our Community Guidelines or Terms of Service,” Twitch said in a statement. “These apply to all streamers regardless of status or prominence in the community.”

Twitch began issuing refunds for Dr Disrespect's subscribers on Friday, sending e-mails to users stating the money would appear in their bank accounts within three to five business days.

Dr Disrespect gained fame as a streamer of games including PlayerUnknown's Battlegrounds, Call of Duty: Black Ops 4 and Apex Legends. He previously was credited as one of the designers of Call of Duty: Advanced Warfare during his time working for Sledgehammer Games.

In June 2019, Dr Disrespect was briefly banned from Twitch after his live stream followed him into a public bathroom at the Electronic Entertainment Expo (E3) in Los Angeles. He was reinstated by Twitch two weeks later.

Dr Disrespect, whose Twitch channel has more than 4 million followers, was selected the Streamer of the Year at the Esports Industry Awards in both 2017 and 2019.

By the time you’re reading this, a 36GB+ update should have arrived for Call of Duty: Modern Warfare that, amongst other things, adds limited-time, ...
News
1 year ago

This kind of ye olde schoole review must traditionally be started with something important like a classic quote everyone should remember, so I’m ...
News
1 year ago