Redeye to 'walk away from esports' amid allegations 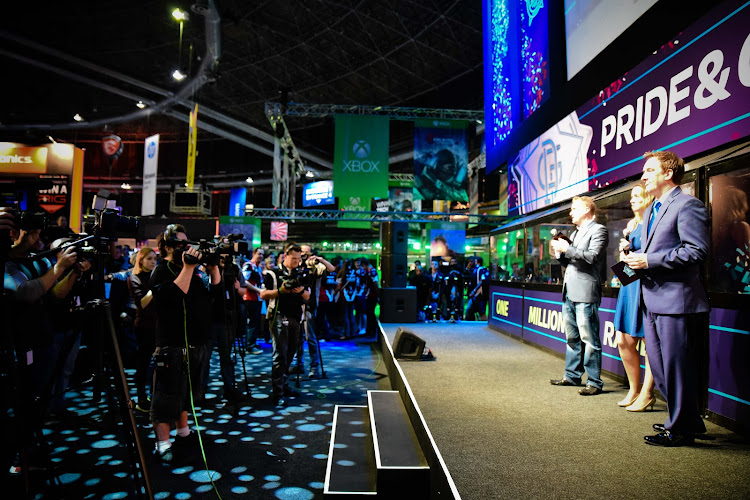 Paul "Redeye" Chaloner, pictured on the far right, announced earlier this week that he would be leaving esports. Chaloner, who has made numerous visits to SA to host esport events; pictured here at the annual Rage event in Johannesburg, 2016.
Image: Scott Peter Smith

Paul “Redeye” Chaloner, a longtime esports broadcaster and host, announced on Monday that he is leaving esports amid allegations of verbal and physical abuse.

Redeye also resigned as MD of the Code Red Esports, an agency and consulting firm.

The move came two days after another esports host, James Banks, alleged that Redeye was verbally and physically abusive, including punching an employee of British tournament organiser Gfinity in 2015.

Redeye initially responded on Saturday by tweeting, “I strenuously deny the majority of the accusations made by James Banks and whilst I can be difficult to work with I have never assaulted anyone. I will not be making any further comment until I have consulted with legal representation.”

However, on Monday, the 48-year-old wrote on Twitter, “Following the attacks made on my character over the last few days, I have decided to walk away from esports.” He then added as part of a lengthy statement, “I might have been able to cope with all the s*** being thrown at me (a mix of truths, half truths and falsehoods) but when my children were dragged into this, that went beyond any reasonable attack and became cruel and vicious.

“Beyond that, I would like to offer those who I have not treated very well an apology. I never intended to upset you and hope that you have long and successful careers. This has been a huge eye opener for me and something that I will work hard on getting better about, even though that will be outside of esports.”

The reference to his family was a response to Banks tweeting on Sunday allegations from Redeye's ex-wife that Redeye abused her and their daughters. According to ESPN, Redeye was acquitted in the case.

Code Red, which Redeye co-founded in 2016, declined to comment on Monday, according to Forbes.