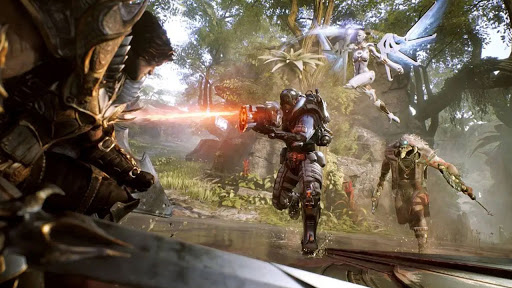 Originally released in 2016, Epic Games’ free-to-play, third-person, MOBA Paragon was struggling before Fortnite came along and started hogging Epic’s resources with its pesky popularity. Paragon was officially shut down in 2018 and its assets scattered upon the Unreal Engine 4 Marketplace, free to anyone who would have them. Now, life has found a way.

Paragon lives on in at least four MOBAs in various stages of development. Firstly, OverPrime (developed by soul EVE) is already playable and even held its own international tournament in June. Then there’s Fault (Strange Matter Studios) and Predecessor (Omega Studios), which are coming soon to Steam, with Fault hitting Early Access on July 17 2020 and Predecessor going into closed alpha on July 10 2020. And, finally, there’s CORE (MetaBuff), known as a spiritual successor to Paragon, which has been very quiet since they announced the game’s delay back in April 2019.

MOBAs aren’t quite as popular as they used to be, with League of Legends and Dota 2 being the last, truly successful survivors of the genre, but Paragon did have its fans, so it’ll be interesting to see how long these indie remnants last.

Will you be giving any of them a go?

In case you were worried that Xbox’s forays into cloud gaming were going to make your gaming PC or Xbox console obsolete in the near future, it’s not.
News
1 year ago

Ubisoft’s Hyper Scape is a battle royale, but different

You know what you need? Another battle royale. And Ubisoft’s got you covered with Hyper Scape; a free to play battle royale with a twist.
News
1 year ago

Guy "Dr Disrespect" Beahm took to social media to address his ban from a livestreaming platform.
News
1 year ago