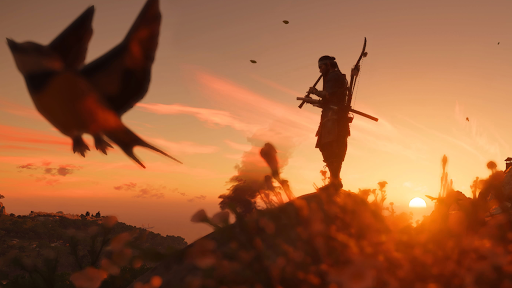 Ghost of Tsushima is an action-adventure game developed by Sucker Punch Productions and published by Sony Interactive Entertainment for PlayStation 4
Image: Supplied

Japan, 1274. As crows and maggots bicker over the flesh-clotted cinders of the Eurasian steppes, Khotun Khan turns his banners east and marches into the dawn. On the shores of Komoda beach, the samurai stand ready, but unprepared for the enemy’s unorthodox tactics and weapons, a scandalous lack of combat etiquette, and the implacable stench of fermented yak milk.

Out-numbered and out-maneouvred, the jito’s champions bleed out in the sand, their bodies washed in salt and disgrace. And the gaijin claims Tsushima in the name of the Mongol Empire, also impaling some of the local peasants outside his camp so everybody knows what’s up. Khotun Khan is extra like that, and besides, it complements the rustic colonist-murderer décor.

But what the Khan doesn’t know is that one samurai lives. Two, actually. Maybe others, even. It’s not relevant, although he does actually know about one of them but I’ll get back to that in a minute. Rescued by an unexpected ally, Jin Sakai wakes up to find his wounds treated, his home conquered, and his uncle and sort of substitute dad (it’s complicated) abducted by the bad guys. Remember the other samurai I was telling you about? That’s him, Shimura. Khotun knows about Shimura, obviously, but he doesn’t know about Jin. Not yet, I mean, but now it’s game on and he’s totally gonna know a lot more when the tutorial is finished. Cue the bamboo flutes. 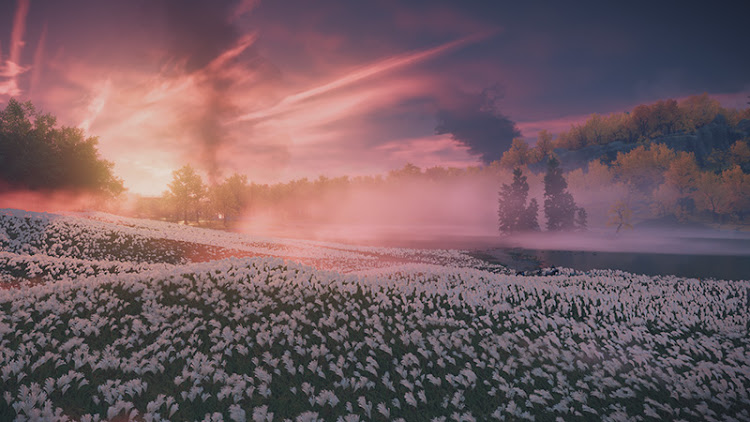 Here’s a fun fact for you – the opening plot events of Ghost of Tsushima are based on the for reals first Mongolian invasion of Japan, and although the game’s narrative and characters are made up, its contextual scenery is more or less analogous with history. As such, developer Sucker Punch Productions has invested a substantial percentage of its project budget into replicating what I must assume is a very authentic version of the 13th century shogunate, from the ubiquitous cherry blossoms tumbling on the breeze to the awkward, unquestioning subservience to Jin’s inherited aristocracy.

The island of Tsushima is a unique and consistently astonishing visual drama, an evocative ecological and cultural diversity of bamboo glades and snow-dappled crags and mossy Shinto shrines, pastoral modesty and noble sophistication, realised with vivid colour and ambient audio that’s super impressive even on a standard edition PS4 console. I’d frequently find myself distracted from my purpose, stopped on the misty verge of some vista, just to look. With its instantly-accessible photo mode, Ghost of Tsushima screenshots are going to dominate social media over the next month or two. 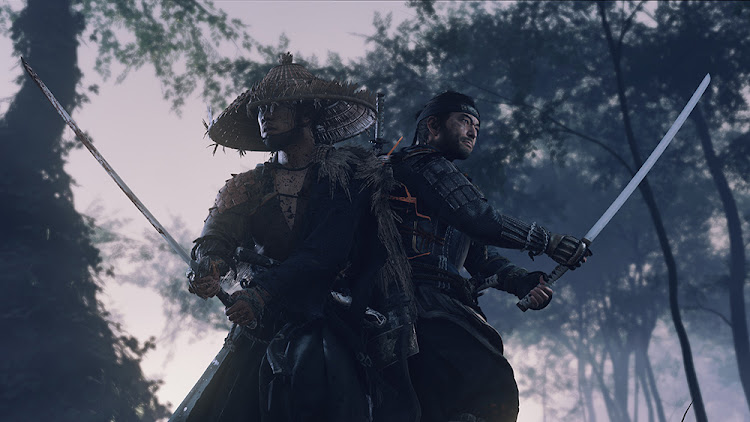 With its instantly-accessible photo mode, Ghost of Tsushima screenshots are going to dominate social media over the next month or two.
Image: Supplied

In terms of gameplay, if you’ve ever wanted a megamix of Assassin’s Creed and Far Cry but with kimonos and katanas and adorable foxes and – this is important – much, much, muuuuuch improved mêlée mechanics, you got it. Equal parts elegance and gratuitous brutality, Ghost of Tsushima’s combat requires precision and timing, linking combos and parries to break enemy defences and finish them.

Over time, you’ll unlock four “stances”, each with its own series of combos, and each one optimised for a different enemy type – the Stone stance, for example, is most useful against opponents with swords, and the Water stance for opponents with shields. As a gamer who super duper sucks at precision and timing and combos and parries, this was intimidating for me at first, but by the end of the game, I was swapping between stances almost without thinking and wiping out Mongols like a pro. Like a samurai, even, with honour.

But, much to uncle Shimura’s dismay, I’m about dishonour too. Combat is messy and inconvenient, and stabbing Mongols in the back is much more fun, anyway – and some of the game’s most memorable moments for me. Slipping between the shadows from one victim to the next, before vanishing into the pampas grass to the panicked shrieks of their comrades. Peering over the rocks, my bow or poison darts held close. A coward’s comfort, perhaps, but those Mongols started it. 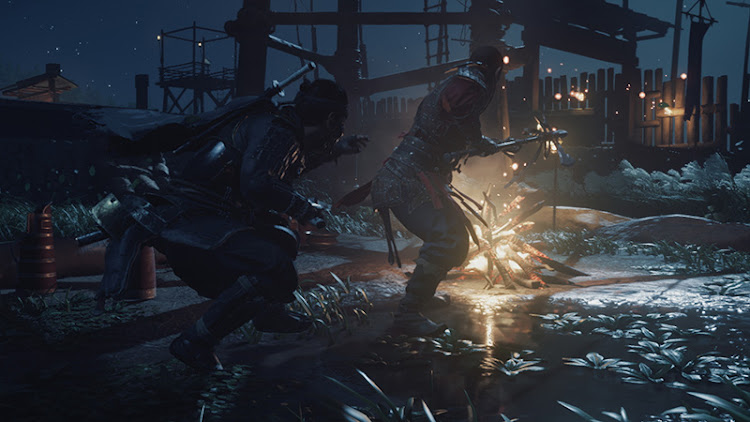 Here’s a fun fact for you – the opening plot events of Ghost of Tsushima are based on the for reals first Mongolian invasion of Japan, and although the game’s narrative and characters are made up, its contextual scenery is more or less analogous with history.
Image: Supplied

That tension between tradition and improvisation, however, feels like a wasted opportunity in Ghost of Tsushima. When stealth mechanics are introduced, it’s implied that this sort of thing is Not Okay, Ever, And There Will Be Consequences but it’s also a core feature in the game. I expected this moral conflict to become a significant plot point, and it kind of does, but it also kind of doesn’t, and its resolution is a limp anticlimax that could’ve been so much more compelling. Instead, the game muddles between this and KILL KHOTAN KHAN, with no meaningful character development or conclusion. What a shame.

Soon, you’ll be able to watch Norman Reedus pee on all the things in 4K and 100fps, just like real life.
News
2 years ago

Halo 3 has been released for your PC gaming pleasure, about 13 years after its debut on the Xbox 360.
News
2 years ago

The upcoming Shadowlands expansion for World of Warcraft will make gender changes free for all players.
News
2 years ago

Since The Last of Us Part II’s launch, the game has been kind of controversial – perhaps most obviously demonstrated in the space between ...
News
2 years ago