Obsidian 'Grounded' more than one million players in just 48 hours 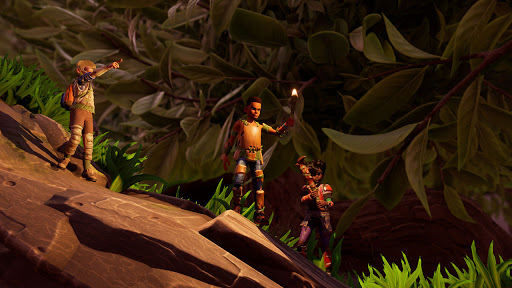 Grounded was developed by a team of 13 people within Obsidian, and, according to game director Adam Brennecke, they’re excited that so many people are enjoying their backyard adventure.

"In its first two days of availability, we’ve had more than one million players explore the mysterious backyard, battle giant spiders and gather tons of useful materials, which has absolutely blown away our small team of 13 here at Obsidian."

In you play (either alone or in co-op) as a child, shrunk to ant size, who must survive in a backyard full of everyday perils. You are guided through your survival journey by BURG.L the robot as you explore, gather resources, build and avoid all manner of death by various means, including spiders. For the spider avoiders, there’s an Arachnophobia Safe Mode that turns the eight-legged beasties into floating white blobs so you can be haunted by their tormented souls instead.

Obsidian has also committed to a  monthly schedule of game updates and fixes, starting on August 27, so you can expect the backyard adventure experience to grow and improve over time.

Grounded is out now for PC and Xbox One and is included in the Xbox Game Pass.

Vodacom World eFootball tournament resumes with R30,000 up for grabs

The Vodacom World eFootball tournament is back.
News
2 years ago

South African esports tournament organiser, Mettlestate, alongside 16 prominent local names in esports, and gaming as a whole, is running a charity ...
News
2 years ago

The Xbox Games Showcase kicked off, as expected, with some Halo Infinite gameplay and, yup, it sure looks like Halo.
News
2 years ago

Ferrari launched their own virtual GT championship earlier this week, with Formula One driver and avid gamer Charles Leclerc offering advice to ...
News
2 years ago