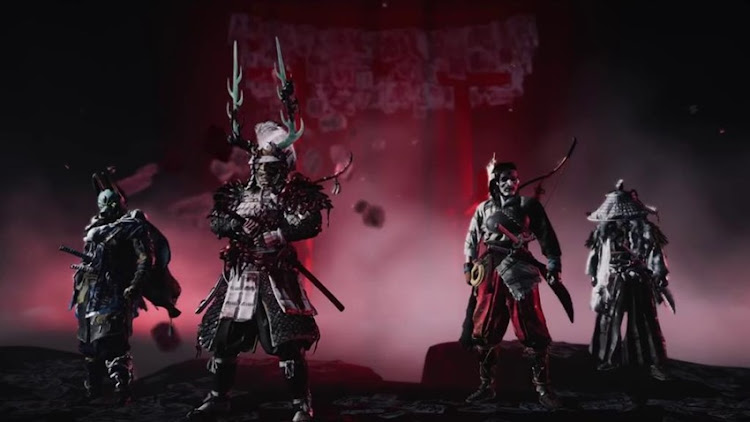 Ghost of Tsushima is an action-adventure game developed by Sucker Punch Productions and published by Sony Interactive Entertainment for PlayStation 4.
Image: Supplied

Ghost of Tsushima developer Sucker Punch has announced a brand new co-op multiplayer experience for their smash-hit samurai sandbox, which will be out later this year. Called Ghost of Tsushima: Legends, the free mode will allow two to four players to choose from one of four different character classes (Samurai, Hunter, Ronin, or Assassin) and tackle story missions together that increase in difficulty as you progress.

Depending on how many players join your merry band of medieval misfits, the missions available to you will range from narrative-focused adventures to a Mongol horde mode and even a raid against an almighty foe later in the year. “With two players in Ghost of Tsushima: Legends, you’ll be able to play a series of co-op Story missions that escalate in difficulty, building on the foundation of combat from the single-player campaign but with new magical twists that often require careful synchronization with your partner, senior game designer Darren Bridges said in a PlayStation Blog post.

With four players, you’ll be able to take on wave-based survival missions, fighting groups of the toughest enemies Tsushima has to offer, including new Oni enemies with supernatural abilities. If you can best the story and survival missions, you may be confident enough to take on the four-player raid that will arrive shortly after the launch of Ghost of Tsushima: Legends, sending you and your partners to an entirely new realm to challenge a brutal, terrifying enemy.

Legends is currently scheduled for a US Autumn release, which should be soon…ish. Sony doesn’t exactly have much in the way of exclusive content until the launch of the PlayStation 5 at the end of the year, so having another excuse to strap on a tengu mask and cause havoc on the island of Tsushima sounds like my idea of a grand time. I’m naturally going to be playing as an assassin, who I’m assuming will have extra sneaky get out of trouble powers while the rest of the Critical Hit fam gang gets bludgeoned about in the raid fight when we get together and tackle it.

C’mon guys, don’t let me down while I stay here in the safety of the shadows.

Mettlestate cups this weekend include Destiny 2, SSBU and Modern Warfare

There's the first Destiny 2 cup, a Super Smash Bros Ultimate cup, and a Modern Warfare cup to sign up for.
News
1 year ago

Your origin story actually means something in Cyberpunk 2077

CD Projekt Red streamed Episode 2 of its Night City Wire series which included a look at the three “lifepaths” you can choose for protagonist V in ...
News
1 year ago