How much data do games like 'Fortnite' and 'League of Legends' use? Not much 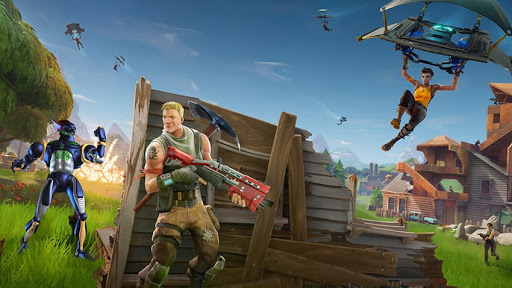 It’s not enough to just have a console, a TV and a game to play these days. With access to online services more widespread in this day and age, pretty much every game on the market offers some sort of internet connectivity in which you can do… stuff. Said stuff may relate to tracking your stats and keeping a high score leaderboard updated, whereas other options include getting down and dirty in the trenches with other players as you battle it out to be the last pixel standing.

How much data do those games use? Not that much, it turns out. If you’re on a fixed bandwidth budget, it’s handy to have an estimation of  how many megabytes you’ll be spending in a game at any given time.

Telecommunications site whistleout (Cheers Kotaku Oz) measured the approximate hourly download figures (give or take, depending on certain factors, of course) for the 22 most popular games on the planet.

If you’re on the most frugal fibre and you love card games, then great new. Hearthstone is incredibly light on data as it nibbles a mere 3MB every hour. Other games, such as Call of Duty, Rocket League and World of WarCraft, will grab 40 precious megabytes every hour, while Destiny 2 tops the list with a 300MB haul every 60 minutes.

It used to be that first-person shooters were the hungriest games on the block, but times have changed when you look at that list. Guess having 100 players dropping into a map, constructing all manner of architectural madness and battling it out can do a number on your bandwidth. At least Destiny 2 is keeping that old school of thought alive, demanding the most megabytes for all the stuff that starts with “The” within its many worlds.

This article was brought you by Critical Hit

Ghost of Tsushima developer Sucker Punch has announced a brand new co-op multiplayer experience for their smash-hit samurai sandbox, which will be ...
News
1 year ago