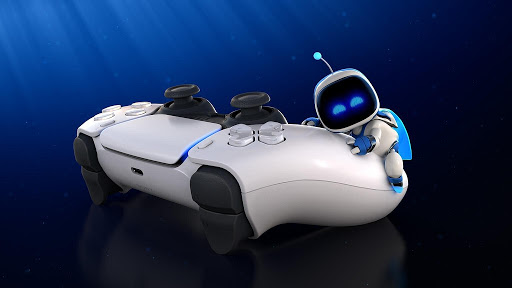 The PlayStation 5 may look like a pregnant Wi-Fi router (the version with a disc drive, that is) but hot damn do I like the DualSense controller coming with it.

The PlayStation 4’s input device was the pinnacle of the DualShock series that had defined the look and feel of those devices across four generations, an ergonomic collection of analogue sticks and face buttons with a few problems.

Those issues included a touchpad that was barely used, a built-in speaker that was ignored after a year and a battery life weaker than coffee made with dishwater. The DualSense aims to rectify many of the shortcomings of the DualShock 4, while introducing a few new features of its own along the way. So how will developers make use of its haptic feedback and adaptive triggers functions? They’ve got a few ideas, which they shared on the PlayStation Blog.

The haptic feedback precision allows us to do all sorts of new things. In Marvel’s Spider-Man: Miles Morales, we’ll be hinting to players which direction attacks are coming from by providing haptic feedback from the appropriate direction on the DualSense wireless controller. What does it feel like to use Miles’s stealth ability? How does a Venom Blast feel? Because of the high resolution of the controller’s haptics system, we can really push the dimensionality of the feedback. For instance, as you hold down Square to do a Venom Punch, you feel Spider-Man’s bioelectricity crackle across from the left side of the controller, culminating in the right side on impact.

I’m really excited by the adaptive triggers and the haptic feedback, both features that will bring some physicality in game experiences, and give important feedback. Deathloop being a first-person shooter, we do a lot of things to make weapons feel different from one another.

One I like is blocking the triggers when your weapon jams, to give to the player an immediate feedback even before the animation plays out, which prompts the player in a physical way that they have to unjam their gun.

Just as the name “trigger” suggests, the main use of the DualSense wireless controller’s adaptive triggers in Ghostwire: Tokyo is for “active” actions - to shoot or trigger something - and we also use them to create the sensation of recoil. We’re also looking at ways to take advantage of the adaptive triggers to express a sense of persistent energy, or a balance of forces if you will, and for perhaps actions such as charging, loading, and a sense of accumulation of power or energy for things.

The haptic feedback, in comparison to the vibration function of previous generations, allows us to use a much wider range, starting from a very strong vibration that is much more powerful than before, down to extremely light vibration. This way we can offer players very detailed, “textured” nuances. Because of this, our approach is different – it isn’t a transient or a constant vibration level any more, it allows us to meticulously adjust the feedback throughout the game.

Horizon Forbidden West features new weapons designed to feel unique and play a specific role in combat with machines and human opponents. The DualSense wireless controller adaptive triggers will help us to make the weapons feel even more unique and satisfying to use.

With the DualSense wireless controller and the power of haptics, we can make the combat [in Demon’s Souls] feel grittier, darker, and deadlier. Now you feel every blow as you strike down your enemies and cast each spell. You’ll experience the force of a titanic boss’ attack as you pull off a well-timed guard. Metal strikes metal when your foes block your attacks or you block theirs. That extra sensory feedback through the controller allows you to know your attack hit home and your perfectly-timed parry was a success, so you can react faster and more decisively.

We can also turn the simple act of pulling a lever to open a gate into a sensory experience. This is something that rumble could never do. It could never replicate the feeling of metal striking metal or fire crackling in your hand as you conjure magic. Haptics [are] integral to the experience, to immersing the player in the world and adding to the gameplay. The visual, aural, and tactile working together takes this new generation of gaming into the future.
Gavin Moore, Creative Director, SIE Japan Studio

The adaptive triggers are something we’re excited to feature [in Ratchet & Clank: Rift Apart]! For instance, the Enforcer is a dual-barrelled shotgun type weapon. As you pull the trigger, you’ll fire from one barrel, and you can feel resistance around halfway down the trigger. Need a bigger blast? Pull the trigger through that resistance point and you’ll fire both barrels at the same time.

I think the most effective use of the adaptive trigger [in Gran Turismo 7] is for representing the operation of the anti-lock brake system (ABS) while braking. A typical ABS releases brake pressure intermittently while the driver applies pressure to the pedal. The adaptive trigger is suited for recreating this pedal feel, and it will allow the player to accurately feel and understand the relationship between the braking force they want and the tyre's grip.

Compared to the rumble force feedback we had in the past, the special character of the haptic feedback is that it has a bigger range of frequencies it can produce.

What this means, is that sound design and tactile design can be handled in a continuous, integrated manner.

A big thing for me in gaming is a usage of rumble that doesn’t leave my hands with shakes and pains. There’s more to the feature of course, as implementation has to follow design, and having the plastic scream inside of its cradle as vibration motors spin with reckless abandon makes for a distracting experience.

I’ve got faith in Sony to deliver though, as they’ve proven to be rather good at the tech side of gaming. It’ll be up to developers to make the most of the tools given to them, and not completely sidestep these features in the years to come. Oh PlayStation 4 touchpad, we hardly swiped thee.

This article is brought to you by Critical Hit

Who will you add to your post-apocalyptic survival party?
News
1 year ago

Ladies and gentlemen, we’ve officially got to that point in the next-gen console hype cycle where we get amped for the first TV commercials of a ...
News
1 year ago

The trailer itself is suitably cryptic, focusing on real-life Soviet defector Yuri Bezmenov
News
1 year ago

VR company Oculus has decided that from October, new users will require a Facebook account - and support for unlinked accounts expires in 2023.
News
1 year ago